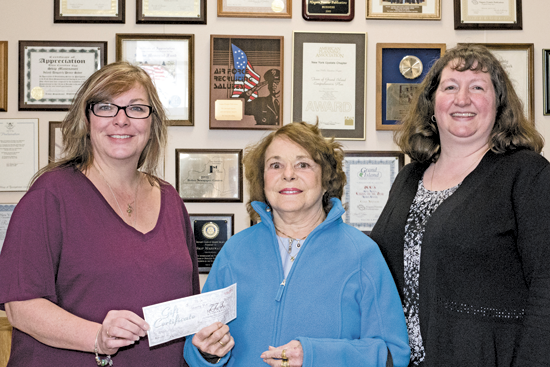 Congratulations Julie Martin, center, who is the winner of the Island Dispatch’s 75th anniversary drawing contest.

Any subscription received between April 19 and May 3 was entered into a drawing for a $75 certificate.

Thank you to all who entered our contest. (Photo by Larry Austin)