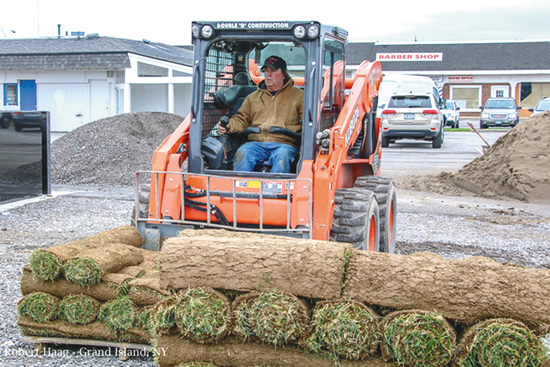 Installation of new sod at the DeGlopper Memorial Saturday morning was nearly completed before lunchtime thanks to dozens of volunteers.

Cold and wet weather didn’t deter any from helping out. Beginning at about 8 a.m., the volunteers laid between 34,000 and 40,000 square feet of sod at the park, located at the intersection of Baseline Road and Grand Island Boulevard.

“It’s a hearty crew,” said volunteer RJ Wynne as dozens of volunteers neared completion of the labor. Wynne said, “toward the end there were almost too many” volunteers.

American Legion Post Commander Ray DeGlopper, the nephew of Charles DeGlopper, the Medal of Honor recipient for whom the park is named, was impressed with the support.

“It looks good,” he said of the volunteer’s handiwork. “I thought I was going to be here all day.” The work was organized by the DeGlopper Memorial Expansion Committee and is part of the ongoing park expansion. 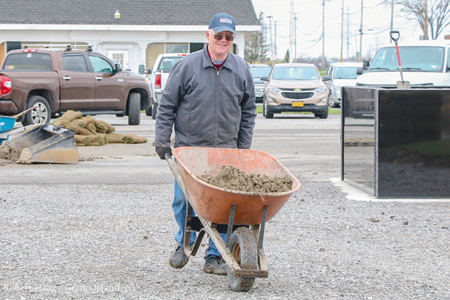