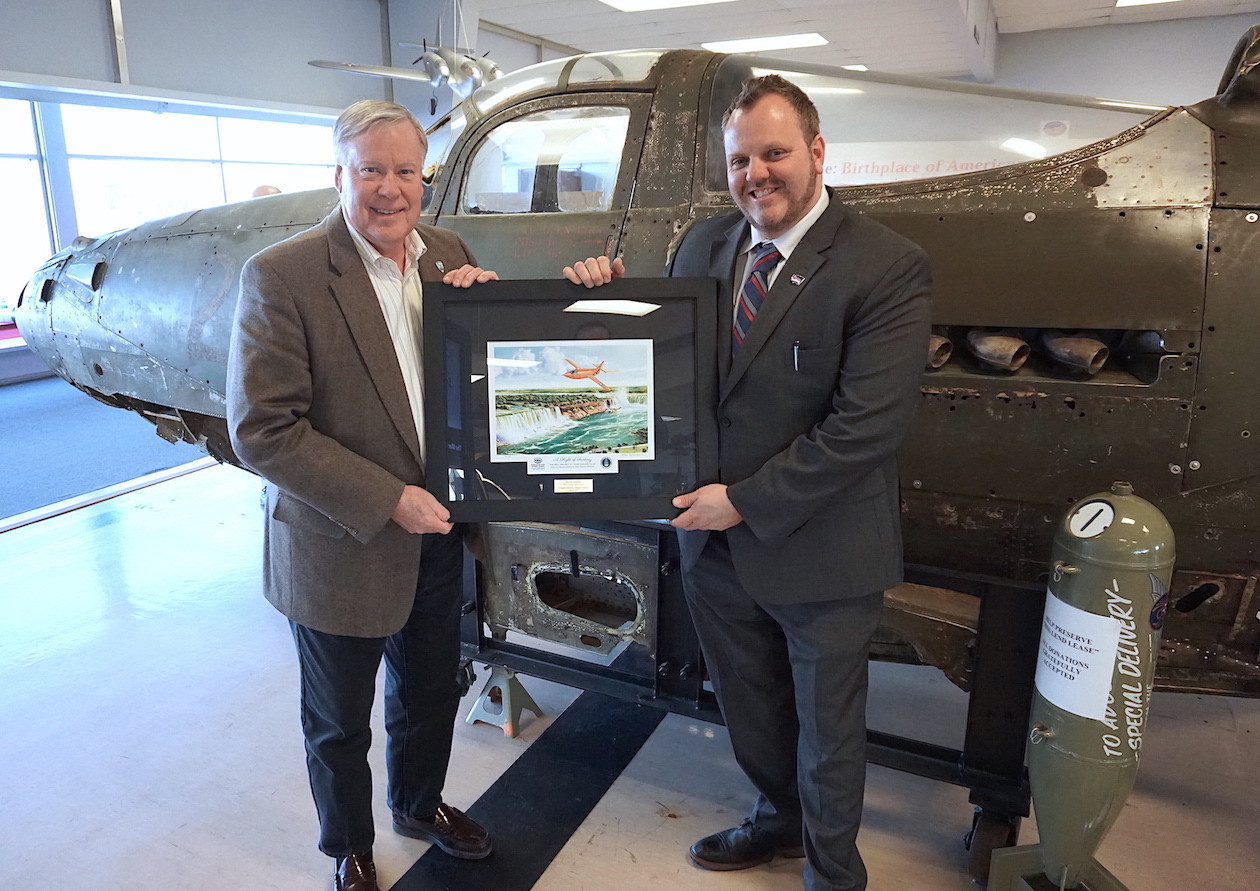 Legislator David Godfrey, R-Wilson, was recognized by the Niagara Military Affairs Council (NIMAC) at the Niagara Aerospace Museum last week. Godfrey was presented an award for his years of service on the NIMAC board of directors, a position he has held for nearly a decade.

“I am humbled by the special recognition extended to me by my colleagues at NIMAC. During my nearly 10 years supporting our military base and traveling to Capitol Hill and The Pentagon, I experienced a level of commitment and allegiance rarely seen in a totally volunteer organization,” Godfrey said.

NIMAC serves as the liaison between all levels of government and the Niagara Falls Air Reserve Station (NFARS). Its mission is to provide support for NFARS, which is the last federal U.S. Air Force base in New York, and the largest federal facility in the region.

The Niagara Falls Air Reserve Station is something Godfrey holds in high regard: “The 914th Air Refueling Wing, the 107th Air Attach Wing, and the other five military units on our base represent the county’s largest employer, and they must be protected. As a continuing member of NIMAC, I look forward to working with Legislator Gooch to ‘Save the Base.’ ”

In addition to Godfrey’s recognition, the council appointed Legislator Jesse Gooch, R-North Tonawanda, to the board of directors.

“NFARS is our county’s largest employer, and NIMAC plays a key role in strengthening the base to ensure its continued success. I am proud to step into a leadership role with them and I’m thrilled with the opportunity to support the men and women who serve there,” Gooch said.

NFARS employs more than 3,000 full and part-time personnel. The economic impact it has on the county is substantial, adding more than $143 million to the region.