Rob is survived by his parents, Michael Madia (Sharon) and Antoinette Oros; his grandmother, Rita Madia; his sisters, Jennifer and Cali Madia (Daniel); and his brother, Jacob Madia.

Visitation was held Monday at the Kaiser Funeral Home followed by a Mass of Christian burial at St. Stephen R.C. Church.

In lieu of flowers, memorials may be made to Hazelden Betty Ford Foundation for Substance Use Disorders Among Legal Professionals.

Rob lettered in three sports at The Nichols School, was All-State in hockey at Oswego and All-American at Mercyhurst before playing four years in the coast hockey leagues. Rob was a graduate of The University of San Diego Law School and was admitted to practice law in New York state. 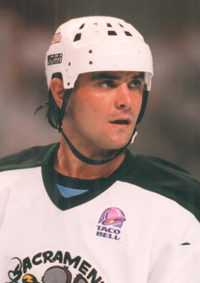