Dr. Terrence Vargo passed away unexpectedly on Feb. 5, 2019, leaving behind his spouse, Charlene; a daughter, Caitlin, from his first marriage to Becky Watford; his mother, Loretta; his brothers, Tim and Dan; and his sisters, Jacquie, Mimi and Carolyn.

He will be sorely missed by the many people he touched with his generosity, love for life and good nature as an employer, colleague, husband, father, brother, son and devoted friend. He is with his father Donald Vargo, who died Aug. 5, 2014.

Vargo earned a Ph.D. in analytical chemistry in 1989 from the University at Buffalo SUNY and worked as a research associate in the Industry-University Cooperative on Biomaterials there until 1992. He was a founding member and president of Integument Technologies Inc. of Buffalo. Vargo is the author of more than 30 scientific publications and is a co-author on nine fluoropolymer modification patents.

Vargo grew up in northeast Ohio, near Cleveland, which he proudly represented throughout his life as a fan of the Indians, Browns and Cavaliers. He attended St. Francis De Sales grade school in Parma, where he served as an altar boy. He graduated with honors from Padua Franciscan High School. A life-long athlete, he was a golfer, a pool player, a wrestler, cross-country runner and was called “Tito” for his skill as a baseball player.

An avid sportsman and member of the Fin, Feather and Fur Club of Lewiston, Vargo hunted wild boar and deer with a compound bow and fished the oceans and Great Lakes. He was also an accomplished guitar player, loved ’60s and ’70s classic rock and was a gourmet cook. He met his love, Charlene McDonald, in 1989. They traveled the world together and made their home in Lewiston.

Terry was popular and active in the establishments and clubs throughout Lewiston. His larger-than-life presence will be missed by all. Godspeed, Terry. We will see you on the other side.

In lieu of flowers, the family suggests contribution be made to The Heifer Foundation, www.heiferfoundation.org.

Friends will be received from 2-6 p.m. Sunday, Feb. 10, at the Ripepi Funeral Home, 5762 Pearl Road, Parma, Ohio. A Mass of Christian burial will be celebrated at 10 a.m. Monday, Feb. 11, at St. Francis DeSales Church; interment in Holy Cross Cemetery. 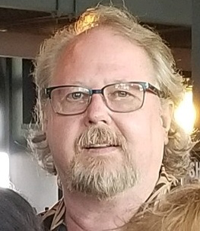