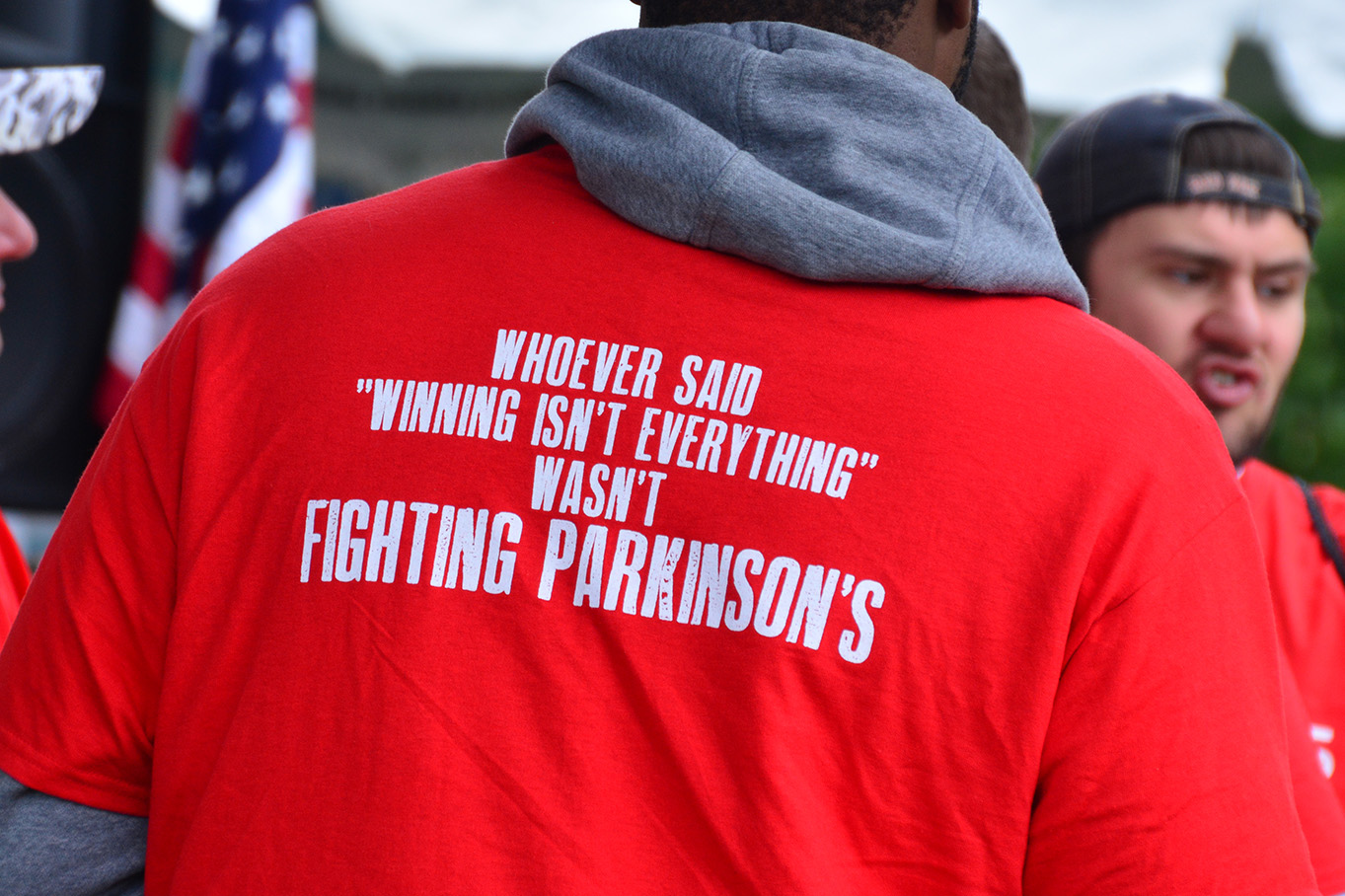 (Images courtesy of the Parkinson's Foundation of Western New York)

Tue, Oct 30th 2018 04:30 pm
Walk to beat PD brings crowd to Richardson Olmsted Campus
Hundreds of people gathered on the morning of Saturday, Sept. 22, for the seventh annual Moving Day Buffalo, a walk to beat Parkinson's disease. It was sponsored by the Parkinson's Foundation of Western New York.
Participants, planners and volunteers gathered at the historic Richardson Olmsted Campus on Forest Avenue, marking the very first time an event of this kind was held at the renovated landmark.
Moving Day helps raise awareness about the disease and the importance of movement and exercise in the battle against the debilitating PD symptoms. The event raised $112,000 (and counting), 30 percent more than the established goal. The money will fund local therapeutic and educational programming, as well as contributing to research toward an elusive cure.
Twenty tents populated the south lawn on the campus, hosting sponsors, live entertainment from Ann Marie Philippone and the Movement Pavilion, demonstrations of Tai Chi, dance, PWR!Moves and drumming. These are activities that can ease the struggles with movement that come with PD.
Autographed items from the Buffalo Bills and the Buffalo Sabres were raffled off, and a huge, human "P" formation filled the expanse of the lawn before the walk began.
Uniquely named teams competed to earn the prize for the best T-shirt design. Emcee Chris Klein from WHTT and "97 Rock" acted as the judge as well as the cheerleader for the day. 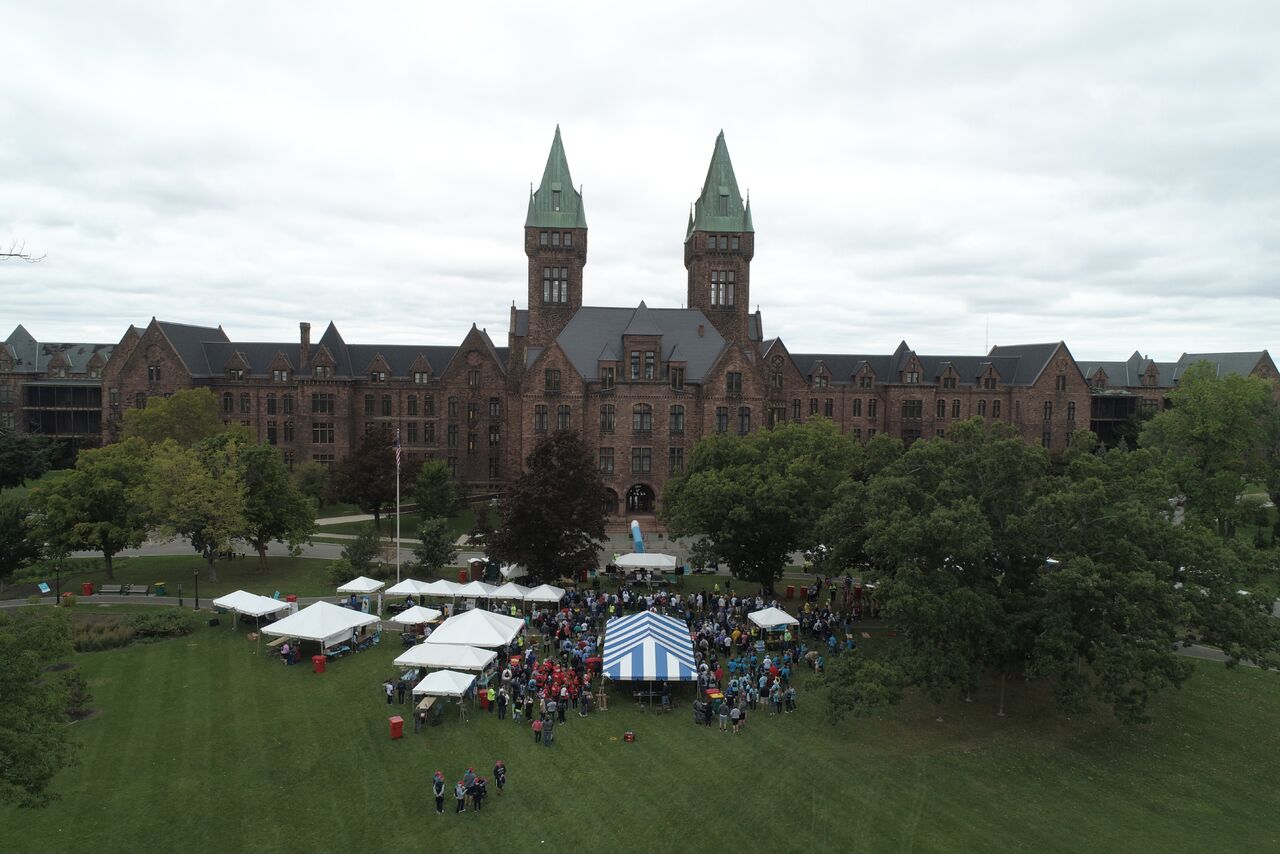 "Seeing as there had never been an event like this here, there were a lot of logistical puzzles to work through, but it all came together incredibly well," said Chris Jamele, chapter executive director. "The success of the event is evident by the fundraising totals that we've reached. We've set new highs this year."
Jamele said having such an ideal location might have contributed to the event's success.
Corey Fabian-Borenstein, manager of visitor experiences for the Richardson Olmsted Campus, said the event was a great experience for her staff.
"We welcomed the challenges and found the Parkinson's Foundation very easy to work with. It was great to see this come off so well, bringing so many people here and sensing their enthusiasm for the site."
Contributions to Moving Day will be accepted until Nov. 22 and can be made by visiting www.MovingDayBuffalo.org. Those interested in learning more about Parkinson's disease and the local chapter of the foundation are encouraged to visit www.parkinson.org or call 716-449-3795.
Categories
Home feature NFP Top News
comments powered by Disqus