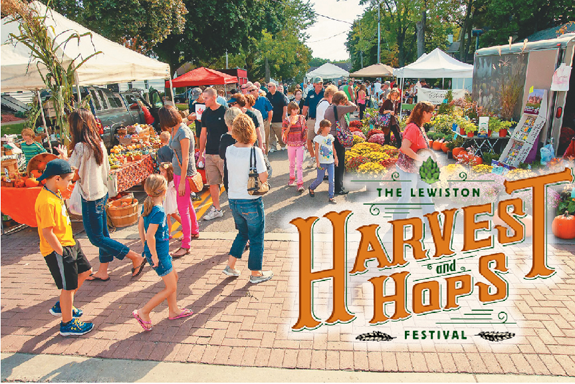 Big changes are in store for visitors to this year's Harvest Festival. The event will feature a craft beer component, with several restaurant serving special drafts. (File photo)

Mon, Sep 17th 2018 01:05 pm
Annual event returns with brand-new twist
Lewiston's 35th annual craft show is receiving an upgrade this year with the inclusion of craft beers. The renamed Lewiston Harvest & Hops Festival will take place from 10 a.m. to 5 p.m. Saturday and Sunday, Sept. 22-23.
The fall festival will feature more than 130 craft and festival food vendors. Additional festival merchants include Brickyard Brewing Company, Community Beer Works, Black Button Distillery and Tommy Rotter Distillery. There is also a New York state-designated farmers market in the middle of the festival at Fifth Street.
Of course, village shops and dining establishments will be open to complement the fall festival.
Last year, Center Street was closed to vehicular traffic for the festival, which helped eased congestion for attendees.
Niagara River Region Chamber of Commerce President Jennifer Pauly said the name change was actually started in 2017 with local artist Nicholas Costrino designing a logo.
"We were finally able to have all of the components come together this year and was able to unveil our new look and new vendors," she said. "We are excited about incorporating the Brickyard Brewing Company into the festival. The addition adds a new dimension, allowing us to showcase Lewiston and will be more enjoyable for attendees."
The BBC will play a major role in the "hops" portion of the festival. It will celebrate Oktoberfest throughout the weekend with new beer releases.
In addition, special-edition releases will be available at local restaurants for the weekend. These include:
•German kölsch - Apple Granny: Kölsch is a beer brewed in Cologne, Germany. It is a clear, top-fermented beer with a bright, straw-yellow hue similar to other beers brewed from mainly Pilsner malt. Kölsch is warm, fermented at around 13 to 21 degrees Celsius, then conditioned by lagering at cold temperatures. It's described as a "very approachable and easy drinking style, light and tasty."
•German pilsner - Brewed and Bottled and Lewiston Stone House: Quite possibly the most iconic beer style in modern history, pilsners are characteristically light in color and have a very short finish. The world over, pilsner-style lagers have become the standard beer for many reasons, and American craft brewers have worked hard to put their own unique spin on this classic German beer.
•Hefeweizen - Casa Antica: Arguably one of the most recognizable beer styles, the German-style hefeweizen offers a striking beer experience thanks to the use of distinctive wheat malt, unique yeast and uncharacteristic appearance. This wheat beer breaks from the German beer mold, showcasing yeast-driven fruit and spice as well as bearing an eye-catching mystique. The refreshing qualities of this carbonated style have kept it alive for centuries.
•Altbier - Gallo Coal Fire Kitchen: Originally from the Düsseldorf area of Germany, the German-style brown/altbier strikes a balance between hop and malt flavors and aromas, but can have low, fruity esters and some peppery and floral hop aromas. Before Germany had lager beer, it had ales. Alt, meaning "old," pays homage to one rebel region in Germany, which did not lean into lagering.
Another addition to the festival comes courtesy of the Lewiston Council on the Arts. The festival will include chainsaw art with Chainsaw Chix Aya Blain at the International Peace Garden on both days. The chainsaw performance is sponsored by New York State Council on the Arts, with a decentralization grant administered through Arts and Services Initiative.
The Harvest & Hops Festival is made possible by sponsorship from Modern Disposal Services, Brickyard Brewing Company, Hardison Funeral Homes, Fred Blue - Great Lakes Real Estate, and New York State Assemblyman Angelo Morinello. For more information, call the Niagara River Region Chamber of Commerce at 716-754-9500 or visit the event page at www.NiagaraRiverRegion.com. 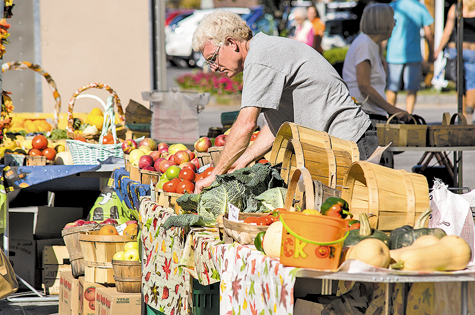