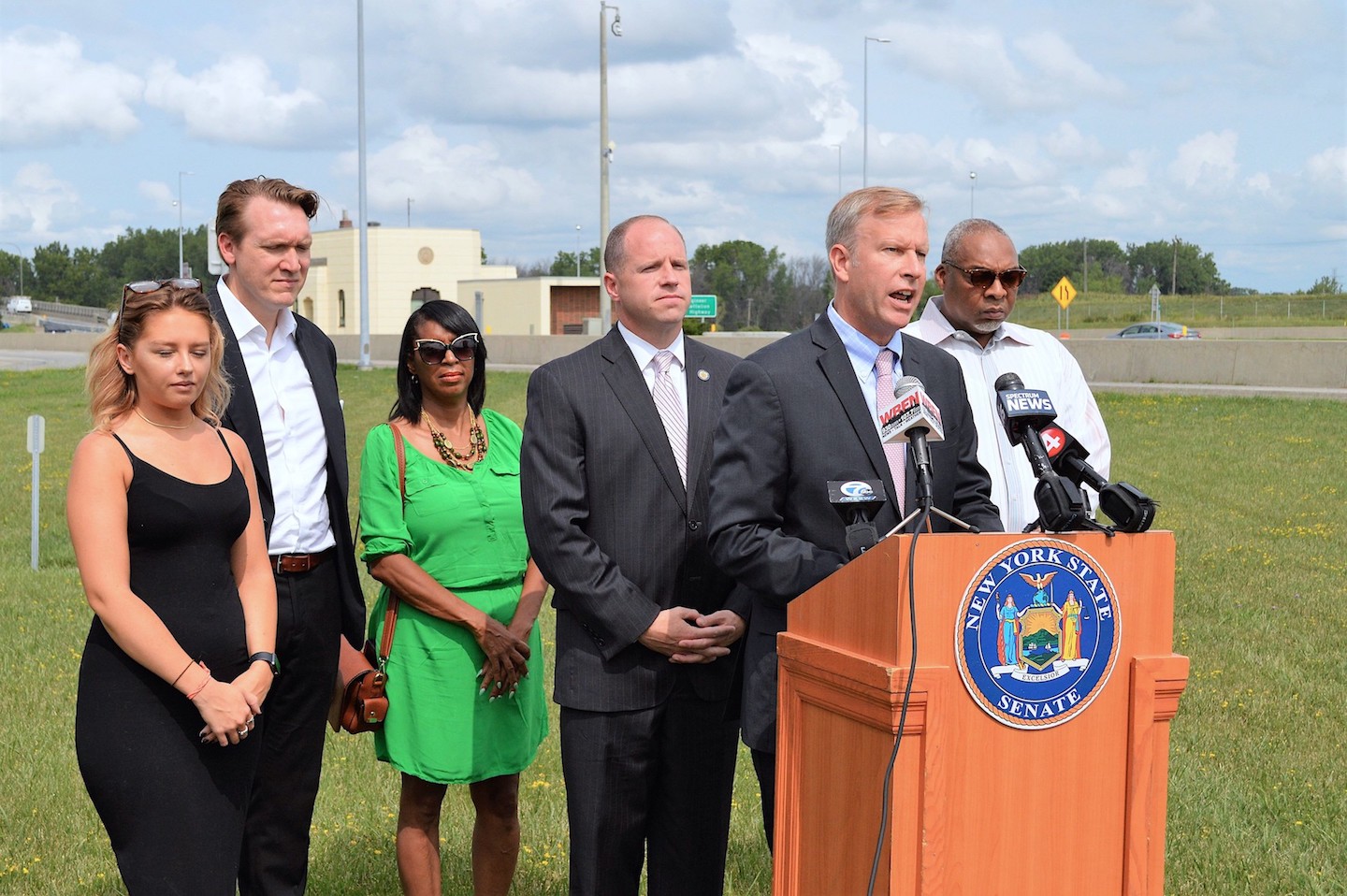 Mon, Aug 20th 2018 03:30 pm
Says Assembly should deliver legislation without delay to reverse Thruway Authority's 'unfair' practices
New York State Sen. Chris Jacobs, R-60th, on Monday called on the leadership of the State Assembly to forward legislation that he co-sponsored enacting the Toll Payers' Bill of Rights to the governor so he can immediately sign it into law.
The legislation, which passed both houses in June, will improve the process for notifying drivers of tolls and fines incurred, ensure that fines are fair and reasonable, and prevent motor vehicle registrations from being suspended because of an outstanding bill for a cashless toll fee. Jacobs' call for immediate action was in response to growing complaints of exceptionally high fines being levied against Western New York motorists and "arbitrary" notification procedures.
"The ridiculously high fees that are way beyond reason for a $1 toll violation, and arbitrary doubling of fines over and over again come across as just another unfair Albany money grab from already overburdened Western New York taxpayers," Jacobs said. "We need to fix this once and for all, by putting an amnesty program in place and having the governor sign the Toll Payers' Bill of Rights into law."
The senator was joined at a press conference by Buffalo residents Marcus Kelly and Brianna Harrington. Kelly was fined $153 for three trips over the bridges while Harrington was penalized $200 for four trips.
Jacobs said he was disappointed the Thruway Authority "appears to be so tone deaf to the needs of Western New York motorists during the transition to cashless tolling." He maintained that drivers crossing the Grand Island bridges should be afforded an amnesty period just like the one used on the Tappan Zee Bridge, and any fines that ultimately get levied should be more reasonable and commensurate with the $1 toll. He also said the Thruway Authority's actions were "another disturbing example of upstate New Yorker being treated differently than downstate."
"I am a proponent of eliminating tolls at the Grand Island bridges, have sponsored legislation to do so, and I will continue to push for its passage," Jacobs said. "In the interim, cashless tolling was supposed to help fix the myriad of problems associated with the toll booths. Instead, the manner in which the Thruway Authority has conducted cashless tolling has caused as many headaches as it was supposed to eliminate."
Categories
Dispatch Dispatch feature Home feature NFP