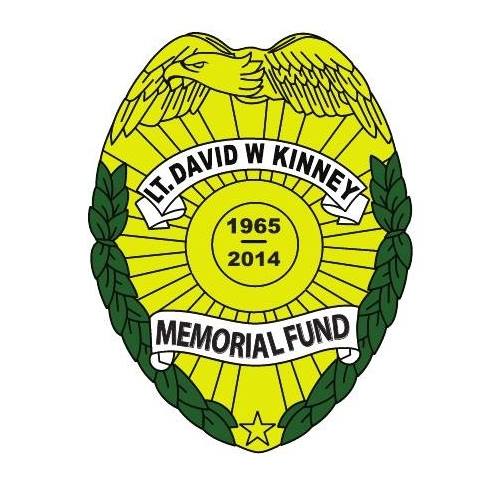 by yarger
Thu, Aug 16th 2018 07:00 pm
Money raised is donated to local sports organizations
By David Yarger
Tribune Editor
On Saturday, Aug. 18, Seneca Hickory Stick Golf Course in Lewiston will host the fifth annual Lt. David W. Kinney Memorial Charity Tournament. The day includes events open to the public, such as basket raffles, 50/50 splits, and a dinner.
Golfers participating in the event should register at 11:30 a.m. Following lunch at noon, the participants will have a shotgun start at 1 p.m. Dinner will proceed once the golf is finished, at 6 p.m.
On May 22, 2014, Kinney tragically passed away at 48. He was a police lieutenant with the Niagara Falls Police Department and, in his free time, he helped coach football, baseball and softball for local youth.
His son and director of the event, Adam Kinney, said his dad was always looking out for others.
"He was always offering his advice and experience to young players to help them try to move on to the next level in sports," Adam said.
David's brother, John, agreed with Adam: "He would do anything for anyone; all you had to do was ask."
Adam and John said it was a family decision to get the tournament up and running in 2014.
"As a family, we decided that we wanted to do something impactful for the youth in our area," Adam said. "My dad spent so much time over the years coaching, it made sense to help keep kids involved in sports. It was a passion of his to make sure that, while his players were on the field, they were prepared. We wanted those players to be able to participate regardless of something like money."
The tournament has a slogan, "Fore a Cause." The phrase fits the billing, as all the money raised by the tournament is donated to different youth sports organizations to help pay for registration and equipment for children who would otherwise not be able to participate.
Some of the groups that have benefited were close to David.
"We have donated to Miracle League of WNY, Niagara Jr. Football Club, Fight Sports Training Complex and Hyde Park Little League," John said. "These are all groups that Dave coached in or had a connection with."
Registration for golf is sold out. This is the fifth straight sell-out for the tournament. John said the tournament averages around 30 teams a year - up to 32 this year - and the hole sponsors are on par with last year, including $500 gold sponsors from Zajac Funeral Home and Family Roofing and Repair.
Both said support of the event is a tribute to David, and means everything to them.
"The turnout we've been getting is a true testament of how Dave was loved and admired amongst his peers," John said. "We are able to keep his love of sports alive through the donations we give in his name."
Adam said it makes him proud the money can be turned into something good for youth.
"It's amazing that we are receiving this much support and that we can turn around and help kids in unfortunate situations," he said. "I take a lot of pride in knowing that we are helping kids out in the community and giving them as many opportunities as we can to participate."
Both agreed the impact the tournament has on local youth shows the legacy David has left.
"Dave loved coaching and being able to teach the kids the sports he loved," John said. "Those who knew Dave could tell you about his time playing or coaching football, as he would remind everyone with his stories. This is a way he can continue to have an impact on our youth today."
Adam agreed: "I think it's great that, through him, we can still have an impact on the life of young athletes. It's a legacy that he would be proud of."
The tournament is still accepting gift certificates or donations for the basket auction. For more information on the event, or to donate, contact Adam at 716-807-1271 or email [email protected]
Categories
NFP Tribune Tribune HP Feature List