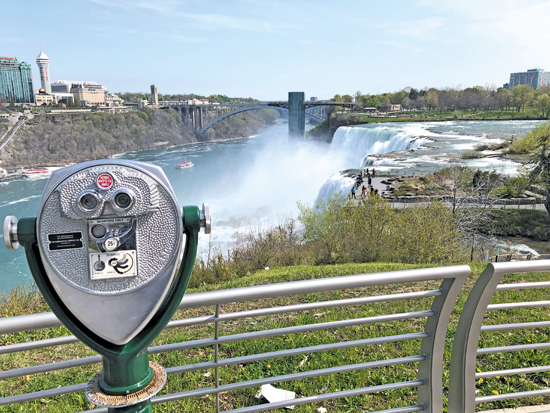 Wed, Aug 1st 2018 01:15 pm
Earlier this week, New York state released the tourism economics research study for 2017, which provides analyses on the economic impact of tourism across the state. The study revealed the total traveler spend in Niagara County in 2017 reached $708,276,000, which is an increase of 8.8 percent over 2016.
That number has grown significantly over the past five years. In the 2013 tourism economics report, the total traveler spend in Niagara County was $525,079,000.
Other key highlights from the 2017 report include:
•$45,524,612 million was collected in local taxes (a 3.5 percent increase over 2016).
•The tourism industry generates 13.2 percent of Niagara County's labor income.
•Were it not for tourism generated state and local taxes, Niagara County residents would pay an additional $964.
Destination Niagara USA President and CEO John Percy said, "We are absolutely thrilled with the results shown in this latest report and by the continued growth of the tourism industry here in Niagara County. To see a nearly 35 percent increase in tourism spending over the last five years is further evidence that the investments being made in downtown Niagara Falls and across the county, combined with our strategic marketing efforts, are paying off in an extremely significant way."
Click HERE to view the complete 2017 report.
Tourism Economics, headquartered in Philadelphia, is an Oxford Economics company that is one of the world's leading providers of economic analysis and forecasting. For more information about Tourism Economics, visit tourismeconimics.com.
Destination Niagara USA works to ensure Niagara County is a preferred domestic and international destination for group and leisure travel. It supports its mission to expand the economic prosperity of Niagara County by generating individual and group visitation. For more information, visit NiagaraFallsUSA.com.
Categories
Around WNY Business Feature Home feature NFP Top Around WNY Feature