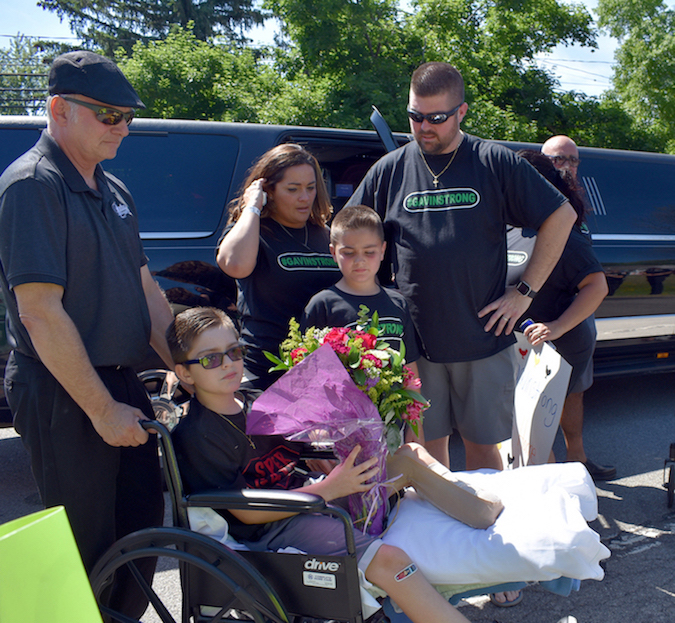 Sat, Jun 23rd 2018 04:30 pm
Story and photos By NC News Service
http://www.ncnewsservice.com
On June 1, 10-year-old Gavin Burns was injured in a lawnmower accident at his home in Lewiston. Mercy Flight took him to Oishei Children's Hospital, where he underwent emergency surgery. Doctors were able to save Gavin's leg, but, unfortunately, they were not able to save his foot, which had to be amputated just above his ankle.
The little boy has had six major surgeries over the past two weeks and is now was cleared to continue his recovery at home. He has a long road ahead and will do so with his family by his side. Gavin is in good spirits.
On June 17, the Niagara County Sheriff Department gave a police escort once the Burns family entered Niagara County. Then folks in community, volunteer firefighters from several departments, police officers from several communities, and others lined Creek Road as Gavin and his family arrived home.