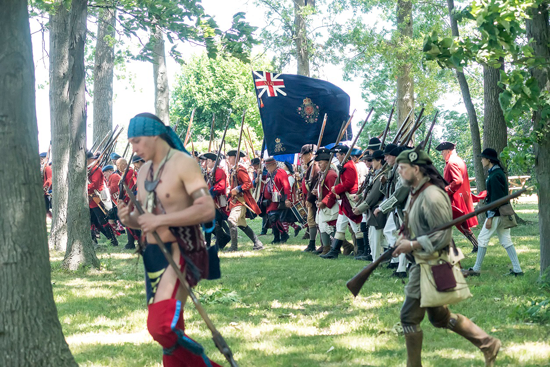 Large-scale battle and artillery demonstrations are an exciting part of the French and Indian War Encampment, June 29-July 1, as the French, wearing ivory, and British, wearing red, recreate the siege of Fort Niagara. Visitors are encouraged to arrive an hour before the battles to give themselves enough time to get to the viewing areas. (Photos by Wayne Peters)

Tue, Jun 12th 2018 12:40 pm
Old Fort Niagara is about to host its largest annual re-enactment, the French and Indian War Encampment, which visitors, re-enactors and staff alike anticipate with excitement - and much planning - each year. The three-day event will occur Friday through Sunday, June 29 to July 1, and will be packed with French, British and Native re-enactors from the U.S. and Canada, living-history camps and exhibits, large-scale battle re-enactments, hands-on activities, special tours and demonstrations, and food and historical goods for sale.
The fort recreates this event annually to commemorate an important development in the French and Indian War, which was happening simultaneously with the Seven Years War in Europe. Fort Niagara was the first of three key French posts to fall to the British in the summer of 1759.
"Had things gone differently, the Niagara Region might have remained French instead of British, which would have created a language and culture different from what we know today," said Robert L. Emerson, executive director of the Old Fort Niagara Association. "So, we pick the highlights from an intense and strategic 19-day siege and re-enact them in three days on the very soil where it happened for the excitement and learning benefit of our visitors."
In addition to witnessing large-scale battles, visitors will have the chance to learn manual exercises with wooden muskets, handle Native trade goods and furs, and play period games. They are also invited to accompany tour interpreters as they set the stage for the conflict being re-enacted around them during siege and battle tours.
Visitors will also see demonstrations of British trench engineering; British artillery firing on the French and French firing on the British; Natives and French trading furs for European goods; British and French preparing food and feeding the troops; and French, British and Native sutlers (period merchants) who sell handmade products, such as pottery, ironworks, clothing, soap and food.
"This is one of the largest French and Indian War encampment events in North America," Emerson said. "It's a thrill for us to work with so many helpful and committed people to organize the transformation of the fort into re-enactment battlegrounds and living-history camps full of interesting people to meet and activities to do." 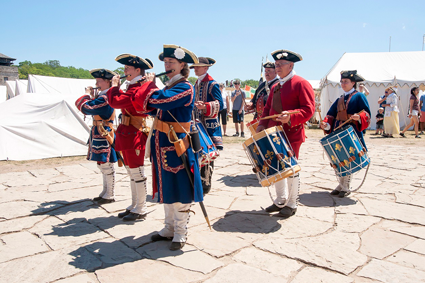 Field musicians will perform concerts of military music each day of the encampment, demonstrating how they regulated and entertained the troops.
Program Schedule
The fort's hours will be 9 a.m. to 5 p.m. daily (admissions end at 4:30 p.m.). Visitors should arrive an hour before battles to allow time to get through admissions and to the viewing areas.
Friday, June 29
Saturday, June 30
Sunday, July 1
Food, snacks, drinks and ice cream will be available for sale each day from 11 a.m. to 4 p.m. at the log cabin and adjacent food tent.
The fort's Bachelor Officers' Quarters and its New Fort Niagara displays (post-Civil War through 1963) will be open to the public from 10 a.m. to 4 p.m. daily.
Everything is included in the $13 admission price while children ages 5 and under are free. Admission is also free for Old Fort Niagara Association members. However, note that new or renewed memberships to the Old Fort Niagara Association will not be processed onsite during the French and Indian War Encampment. Memberships can be purchased online at www.oldfortniagara.org/membership/registration. 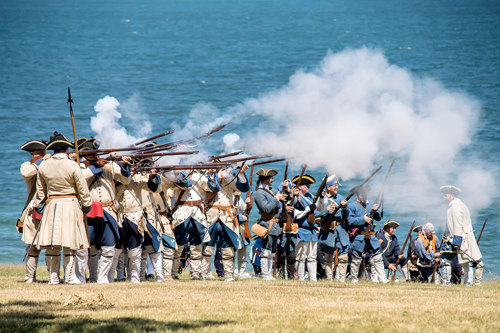 Large-scale battle and artillery demonstrations are an exciting part of the French and Indian War Encampment, June 29-July 1, as the French, wearing ivory, and British, wearing red, recreate the siege of Fort Niagara. Visitors are encouraged to arrive an hour before the battles to give themselves enough time to get to the viewing areas.
Other Summer Events at Fort Niagara
•Starting July 2: Flintlocks and Council Fires (Daily Summer Program)
Daily programs explore the history of Native American, French, British and U.S. soldiers and camp followers who lived here between 1726 and 1815. Regular musket and cannon firings, field music, cooking and other history interpretation ongoing daily.
July 7-Oct. 8: Lighthouse Open the Public (noon-3 p.m. daily)
Free admission for visitors; must be at least 4 feet tall and sign a waiver.
July 28 & 29: War of 1812 Grand Encampment (Re-Enactment)
Largest binational War of 1812 re-enactment of the year. Tactical and weapons demonstrations, sutlers and living-history camps.
Aug. 18 & 19: Soldiers of the Revolution (Re-Enactment)
Life on the New York Frontier during the American Revolution. Period camps, musket and artillery demonstrations, military battles and activities for kids.
Old Fort Niagara (www.oldfortniagara.org) is open daily from 9 a.m. to 5 p.m. through June and from 9 a.m. to 7 p.m. in July and August. Admissions end 30 minutes before closing. Old Fort Niagara is a Registered National Historic Landmark and New York State Historic Site operated by the Old Fort Niagara Association (a not-for-profit organization) in cooperation with the New York State Office of Parks, Recreation and Historic Preservation. 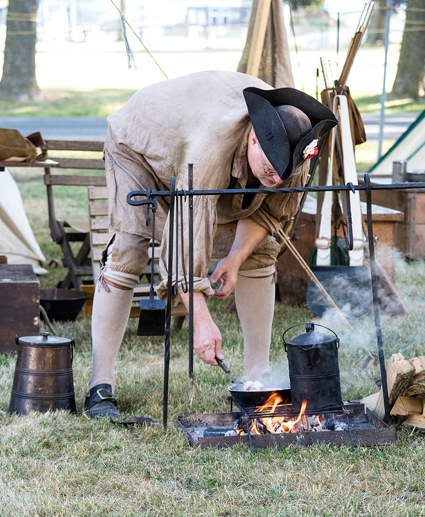 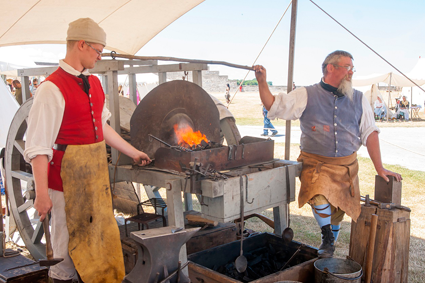 Wandering around the British, French and Native camps offers many chances to mingle with re-enactors and learn about their trades, like British men making their suppers, a traveling forge in the French camp and Native women working with corn. 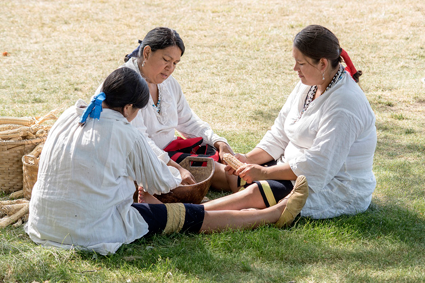