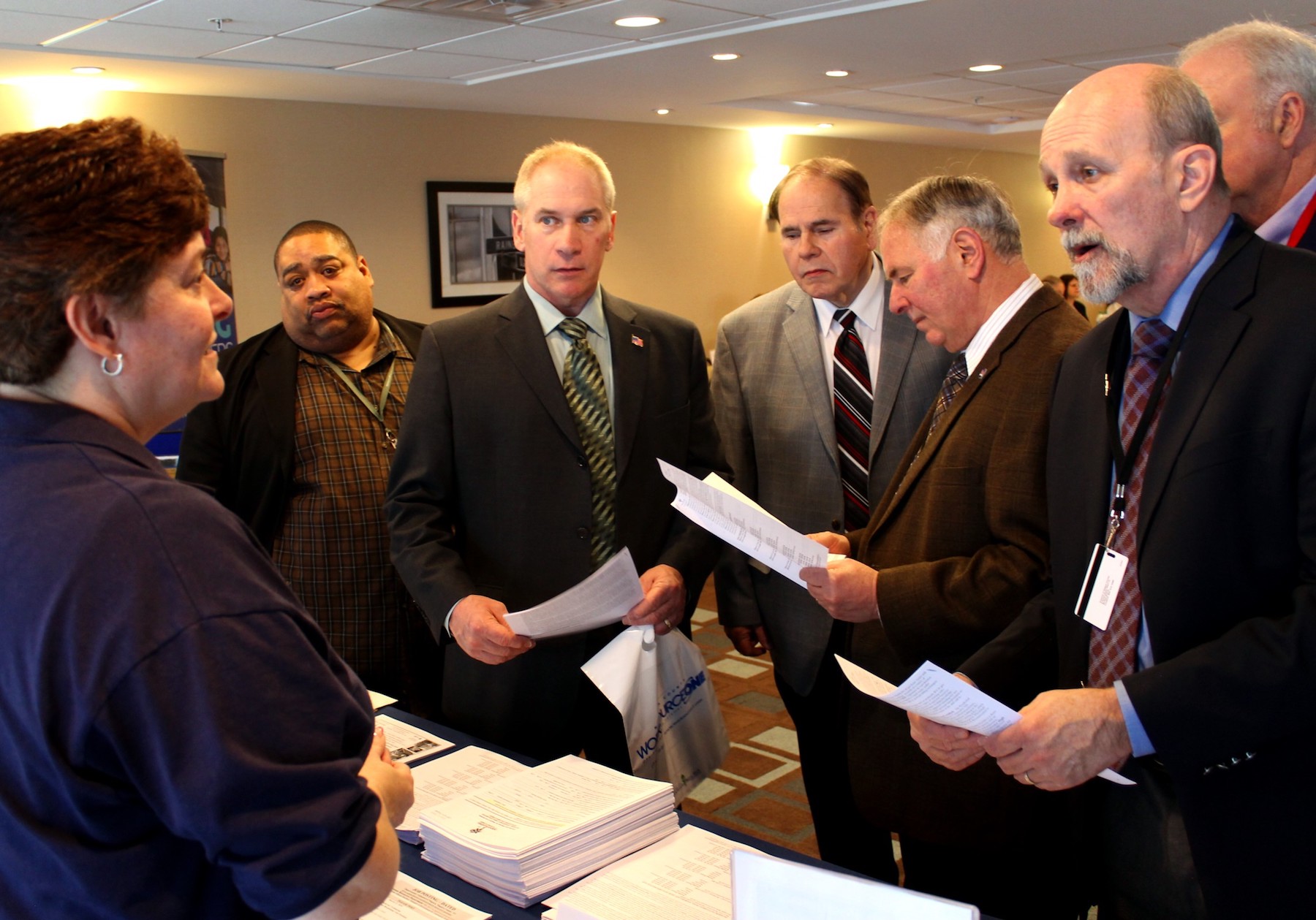 Tue, Jun 12th 2018 07:00 am
As US unemployment falls to record lows, county working to help employers find quality workers
With a recent Associated Press headline noting U.S. unemployment has fallen to nearly 1969 levels while hiring remains strong, the Niagara County Department of Employment and Training will work to help businesses find motivated employees at a Wednesday event in Lockport.
Director of Employment and Training Donald Jablonski said he was "strongly optimistic" about the outcomes for attendees at a planned Lockport career fair being held Wednesday at the Lockport Best Western. That fair runs from 1-3:30 p.m. Attendees are encouraged to bring their résumés.
"The latest jobs report said that employers added 233,000 jobs in May, and unemployment hit an 18-year low - and is nearly as low as in 1969, when the economy was surging and men were landing on the moon," Jablonski said. "We've watched the economy pick up since last January, and we're really looking forward to helping employers who need workers find workers who are looking for positive changes in their lives."
Jablonski briefed Legislature Chairman Wm. Keith McNall ahead of Wednesday's career fair. Jablonski added an annual Lockport job fair after taking over the county's employment and training post.
Jablonski touted numbers from a spring job fair held in Niagara Falls as evidence the economy is growing stronger.
"Late last week, he had 104 confirmed interviews and 18 new hires resulting from the spring career fair," Jablonski said, noting only one-third of participating businesses report data back in the first two months after a job fair. "When all is said and done, we are estimating there will be approximately 35 to 40 hires resulting from the spring career fair."
McNall expressed satisfaction at the news.
"We're glad to see these kinds of numbers, and we're glad to have the career fair in Lockport for a second year," he said. "We're very hopeful that we see similar positive outcomes for Eastern Niagara County residents to what we have seen this spring in the Falls."
Legislator Tony Nemi praised the career fair results.
"This job fair gives local residents access to regional employment opportunities," he said. "We want our residents to have access to the best jobs that match their skills."
Jablonski said that, as of today, there are 56 confirmed employers scheduled to attend the Lockport job fair.
Legislator Will Collins, an accountant whose district is concentrated in the Town of Lockport and includes much of the Transit Road corridor, said he's pleased to see many local businesses taking part.
"Employers are starting to find that the job market is no longer saturated with jobseekers," he said. "As a small business owner and employer myself, I know that this job fair will help not just the folks looking for jobs, but employers looking for quality skilled workers."
The fair runs from 1 to 3:30 p.m. Wednesday at the Best Western Plus, 515 S. Transit St., Lockport. Additional information on businesses attending is available online at www.worksource1.com.
Categories
NFP
comments powered by Disqus