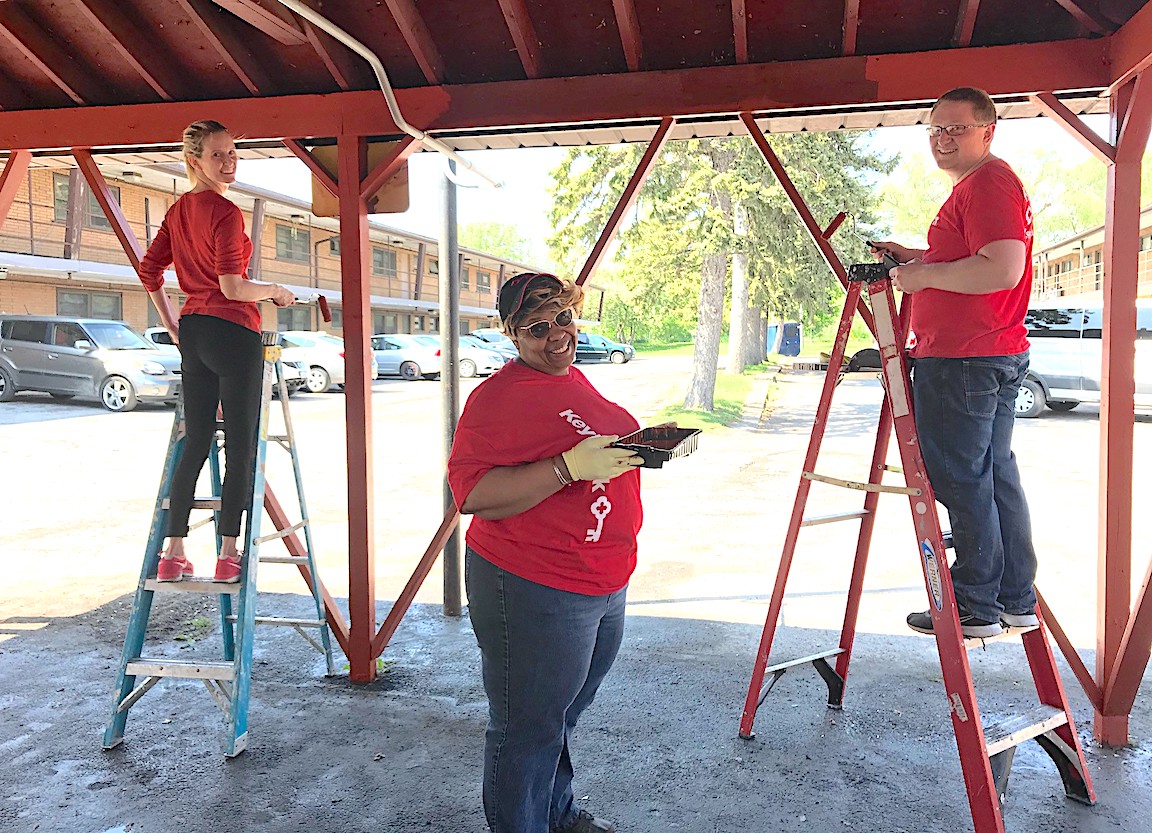 Thu, May 24th 2018 10:20 am
On Wednesday, more than 700 KeyBank employees in Western New York volunteered with community organizations, advancing neighborhood prosperity
On Wednesday, KeyBank hosted its 28th annual Neighbors Make the Difference Day. More than 700 KeyBank employees in Buffalo and Western New York spent the day volunteering with more than two-dozen community organizations and service projects, including the William-Emslie YMCA in Buffalo, The Boys & Girls Club of Northern Chautauqua County in Dunkirk and Community Missions in Niagara Falls. They joined nearly 7,000 KeyBank employees nationwide in receiving paid time off to volunteer at more than 850 projects in the neighborhoods where they live and work.
This year, KeyBank estimates employees volunteered more than 2,200 hours at various locations in WNY on Neighbors Make the Difference Day. Several of the bank's branches closed at noon on May 23 to accommodate employee volunteers; customers had access to ATMs, as well as online and mobile banking.
In 2017, nearly 7,000 Key employees volunteered across the country at close to 900 nonprofit agencies, committing a total of 28,000 hours to community organizations and projects.
Neighbors Make the Difference Day launched in 1991, with a group of KeyBank employees in Alaska who volunteered for service projects. By 1993, KeyBank extended the concept to many of the communities it served, making it an official day of employee volunteerism. Now, Neighbors Make the Difference Day is a hallmark program and leading corporate volunteerism effort in America, showcasing KeyBank's commitment to communities.
"Volunteerism is central to KeyBank's culture and to the character of our company," said Buford Sears, KeyBank Buffalo region market president. "Neighbors Make the Difference Day is one way we bring that to life and help our neighborhoods and our communities thrive."
For more on social media, follow #NeighborsDay and #IAmKey, @KeyBank on Twitter and KeyBank on Facebook at www.facebook.com/keybank. For more information about KeyBank's commitment to transformative philanthropy and volunteerism, visit www.key.com/philanthropy.
Categories
Home feature NFP