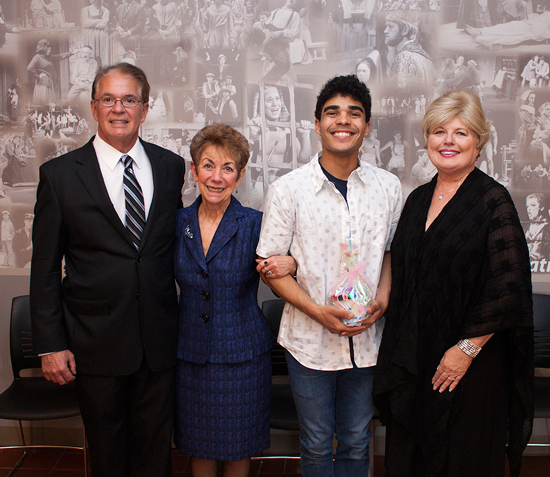 Mon, May 7th 2018 01:55 pm
Elijah Vazquez, a junior theater performance major at Niagara University, has been awarded the Tara Laurie Memorial Scholarship for study abroad.
Vazquez, of Hammond, Indiana, will put the funds toward a study abroad experience this summer at Anglo-American University in the heart of Bloomsbury, one of the oldest and most cultural sections of London.
Vazquez was a featured lead dancer in Niagara University Theatre's recent production of "Chicago," and has appeared in "9 to 5," "The Drowsy Chaperone," "Macbeth" and "The Pajama Game."
Donald and Janice Laurie established the scholarship in 2005 in memory of their daughter, Tara, a theater performance/hospitality student who passed away unexpectedly in 2004, several months after participating in the London study abroad program.
Niagara University offers BFA programs in three concentrations: performance; design and production; and theater specializations. To learn more, visit www.niagara.edu/theatre.
NU students of any major are able to participate in 200 study abroad options in more than 30 countries. Additional information is available at www.niagara.edu/sap.
Categories
NFP School Sentinel Top News Features