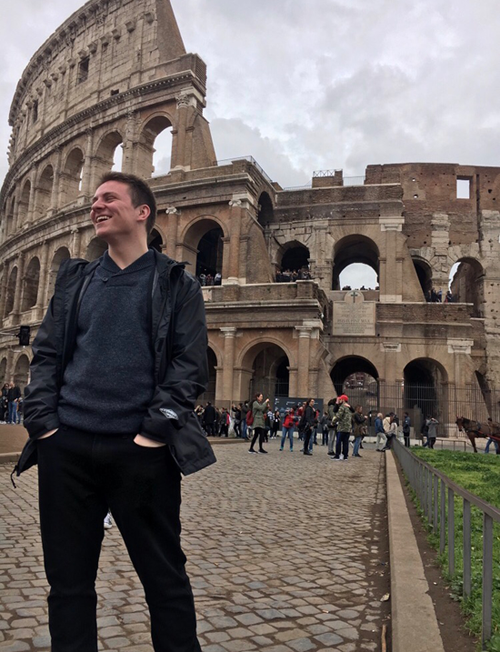 It's all smiles for Jamie Magone as he takes in the breathtaking views of one of the New Seven Wonders of the World, the Roman Colosseum, on a study-abroad trip.