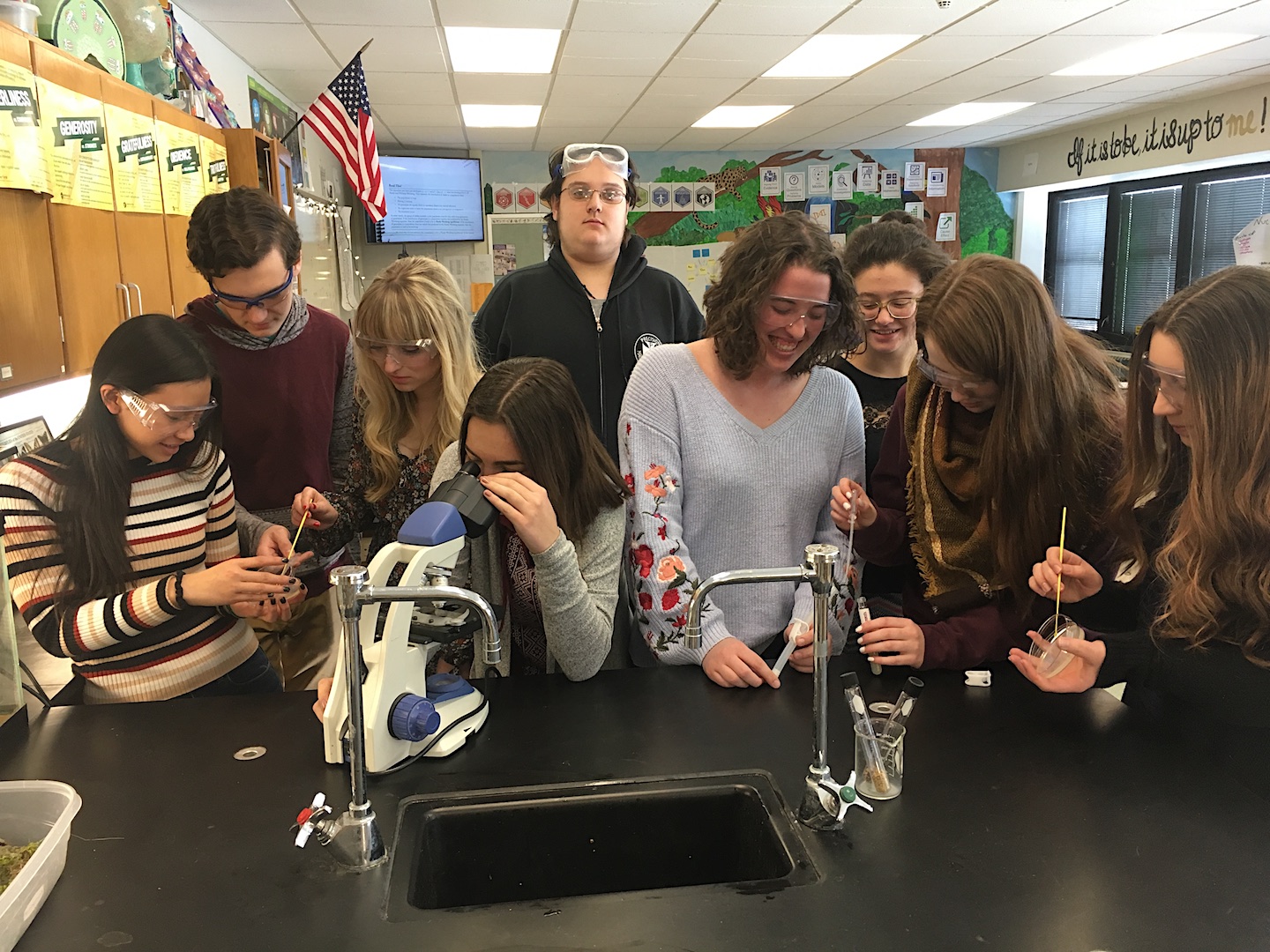 Thu, Dec 28th 2017 06:10 pm
An original experiment proposal developed by a team of students from Lockport High School was among the finalists in the Student Spaceflight Experiments Program (SSEP), Mission 12 to the International Space Station. SSEP is a national STEM education initiative of the National Center for Earth and Space Education (NCESSE). The local program was organized by the WNY STEM Hub.
A team of students from Lockport High School was a finalist in the competition. This team, guided by teachers Julie Tette and Shelly Bochicchio, was titled "Evaluating Effectiveness of Holistic Antimicrobial Agents Under Microgravity." Students examined the properties of cinnamon and cardamom to perform in microgravity, and stated in the proposal that "As bacteria has been found to rapidly establish resistance to standard dosages of antibiotics under microgravity, it is pivotal to observe alternative forms of medicine under such conditions."
The students from Lockport High School who participated include Luke DiFato (grade 11) and Emma Gruber (grade 12) as co-principal investigators; Riley Auten (grade 11) and John C. Reed III (grade 12) were co-investigators; and Riley Adams (grade 12), Mariah Carr (grade 12), and Claire Hildreth (grade 12), Lexi Madden (grade 11), Amber Marshall (grade 12), Hannah McWilliams (grade 12), Lauren Miller (grade 12) and Elizabeth Tran (grade 12) were collaborators.
A team of students from Wellsville Secondary School's proposal was selected to be tested on the International Space Station (ISS) sometime in 2018. This proposal, titled "The Effect of Ascorbic Acid on Planarian Regeneration in Microgravity," aims to find evidence of the effects of ascorbic acid (vitamin C) on planarian regeneration. Vitamin C is essential to the function of the human body.
This is the second time a WNY team was successful in the SSEP competition. In 2015, a team of students (nicknamed The Spud Launchers) from Hamlin Park Academy in Buffalo had its experiment launched to the ISS in 2017.
"This is a true testimony to the outstanding STEM education taught in our region's schools," said Michelle Kavanaugh, president of WNY STEM Hub. "Substantial sponsorship from 21 regional businesses, and the commitment of dedicated educators, make life-changing programs like this possible for today's students on their way to becoming tomorrow's innovators."
The WNY STEM Hub, in collaboration with NCESSE, SSEP Mission 12 organized the WNY Coalition of 13 schools and learning sites in Buffalo, Lockport, Lackawanna, Tonawanda, Niagara Falls and Olean, in addition to Lockport and Wellsville. This unique STEM (science, technology, engineering and math) program gives students authentic experiences in designing their own experiments using microgravity labs, and writing real-world flight proposals. Proposals were reviewed by a local panel of judges and the Lockport and Wellsville proposals, along with proposals from Olean High School, were submitted to SSEP for review by national judges.
Local honorable mentions went to teams from Harry F. Abate Elementary School in Niagara Falls, King Urban Life Center and Futures Academy in Buffalo, and Olean High School.
The team from Harry Abate School included fifth-graders Ireland Doane, Michaela Doreen, Johnathan Touma and Cameran Watts in Donna Nadrowski's class. Their proposal, "Will Kombucha Form SCOBY (Symbiotic Culture Of Bacteria and Yeast) in Microgravity?", asked if Kombucha tea can help protect astronauts from diabetes, liver problems, joint problems and some forms of cancer if it formed SCOBY in microgravity. Cassandra Marnocha from Niagara University was the professional adviser.
As part of SSEP Mission 12, a mission patch design competition for the WNY coalition will begin in January, where students will create original designs in keeping with an almost 60-year space flight tradition. Two winning mission patches will also be in the Mission 12 to the ISS payload.
The Student Spaceflight Experiments Program (SSEP) was developed by astrophysicist Dr. Jeff Goldstein, who founded the National Center for Earth and Space Science Education (NCESSE). The SSEP is undertaken by NCESSE in the U.S. and the Arthur C. Clarke Institute for Space Education internationally. It is enabled through a strategic partnership with DreamUp PBC NanoRacks LLC, which work in partnership with NASA under a Space Act Agreement as part of the utilization of the International Space Stations as a National Laboratory. The program originated in 2010 to address national strategic needs in workforce development for the 21st century designed to inspire the next generation of U.S. scientists and engineers. SSEP has had 13 flight opportunities involving 142 communities in the U.S. and Canada through the first 13 flight opportunities, while 74,680 grade 5-16 students were fully immersed in microgravity experiment design and proposal writing.
The WNY STEM Hub has more than 700 individual members representing more than 250 organizations in Western New York. It is an initiative of the United Way of Buffalo and Erie County and is affiliated with the National STEM Funders Network, the national STEMx network and the Empire State STEM Learning Network. Its aim is to create awareness and partnerships that serve learners of all ages in accessing STEM/STEAM learning and careers. Visit wnystem.org for details.
Categories
NFP School feature