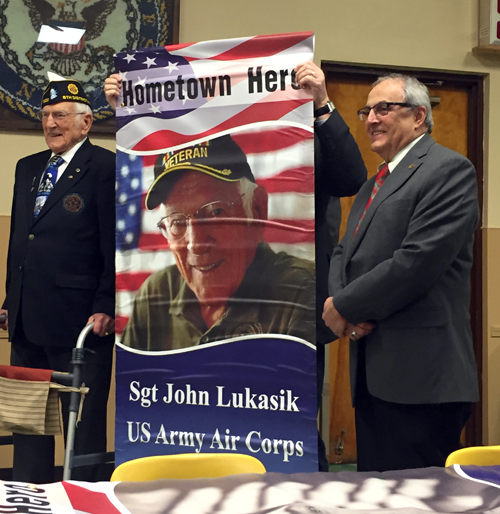 Fri, Dec 15th 2017 09:10 pm
On Tuesday night, North Tonawanda Mayor Arthur Pappas announced the next round of Hometown Heroes banners to be revealed in the city. The banners are now open to all veterans and not just active duty members. This year the American Legion Sikora Post 1322 recognized MM2 Stephen Sikora, U.S. Navy; Sgt. John Lukasik, U.S. Army Corps; and PFC Stanley Maziarz, U.S. Army.
The banners have a picture along with the name of the servicemen and women who are veterans of military service to complement the current Hometown Heroes banners of active duty service members who lived in North Tonawanda.
"This is our humble way to honor the memory of those who have served," said Pappas. The first three banners in this new program were purchased by Sikora Post through monies from the Niagara County Community Funds secured by Legislators Rich Andres and Randy Bradt.
For further information on the Hometown Heroes banner program, contact the mayor's office at 716-695-8540. 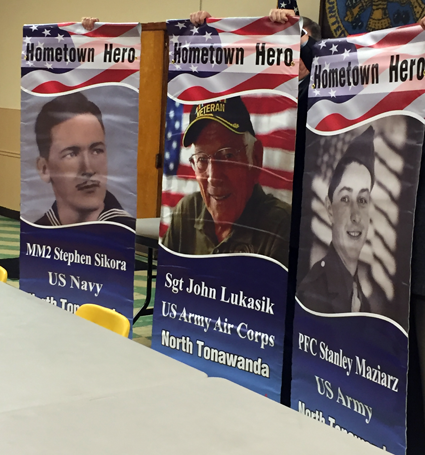