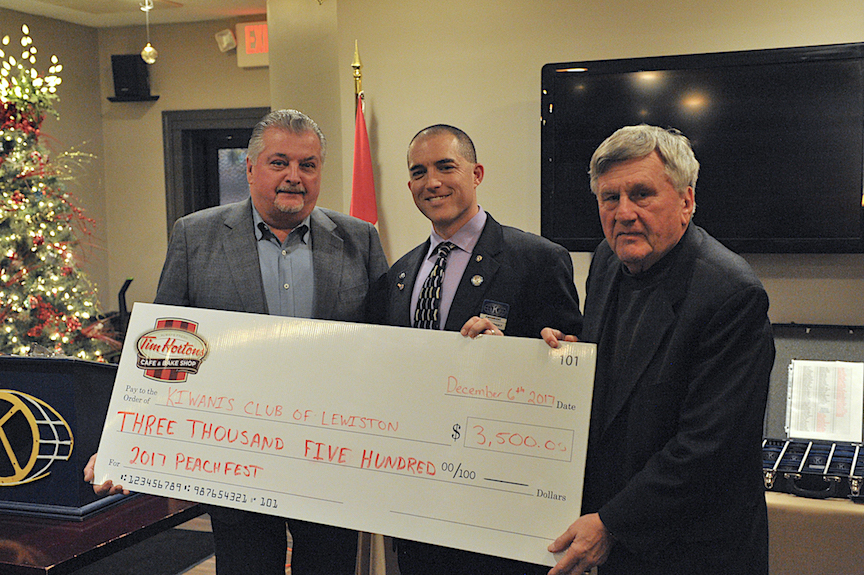 Bob Burns, a local Tim Hortons franchisee, presented the Kiwanis Club of Lewiston a donation from the 2017 Niagara Peach Festival. He was joined by President Marty Pauly (center) and member Jerry Wolfgang.

Tue, Dec 12th 2017 02:45 pm
Community support was the topic at the Kiwanis Club of Lewiston's dinner meeting Wednesday Dec. 6, at The Brickyard Pub & B.B.Q.
Two representatives from the Niagara County Legislature joined the Kiwanis Club. After presenting a legislative update, legislators Rebecca Wydysh and Clyde Burmaster presented the club with a donation of $4,000. In addition, Bob Burns, a local Tim Hortons franchisee, presented the club a donation of $3,500, which was raised by the coffee shop and bakery during the 2017 Niagara Peach Festival.
•A new member, Thomas Deal, was inducted into the Kiwanis Club of Lewiston during at group's Nov. 29 dinner meeting. Deal is the broker/owner of Deal Realty. He spoke of his effort to collect PB&J for the Peanut Butter and Jelly Drive, which is now underway. Donations can be dropped off at his office on Center Street. 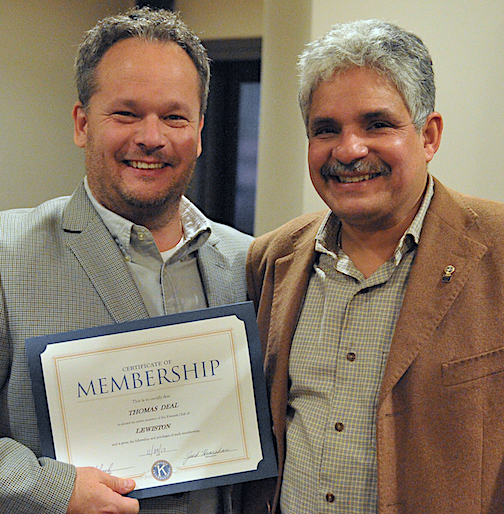