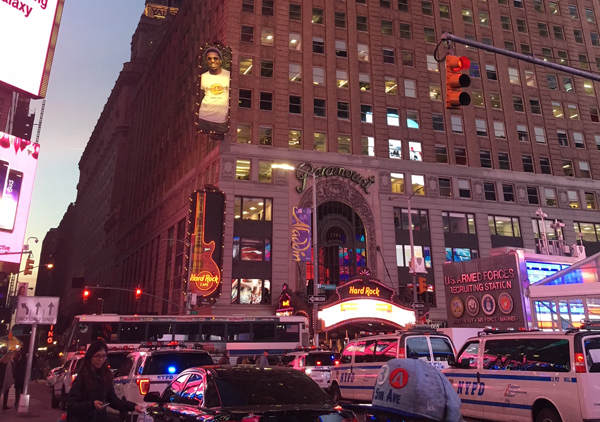 Sat, Dec 2nd 2017 09:40 pm
By Haengwoo Park and Sujeong Kim
Thanksgiving day had ended without any misadventure. The firearm accident in Lasvegas and the truck attack in Manhattan made U.S. authority to pay attention to the enhanced security. The Sayfullo Saipov, Florida resident who arrived in the U.S. in 2010 from Uzbekistan killed eight and injured 11 pedestrians who were walking on 6th avenue and cyclists along a bike path on the West Side highway.
This attack was the most fatal attack in New York since the Sept. 11 attacks. Thus, all related government officials are going all out to protect not only the New York citizens, but also all Americans.
"We have the biggest counterterrorism force of any police force in the nation. It's out in very strong numbers so people can see it. It's a deterrent force," Mayor Bill de Blasio said Wednesday, Nov. 1, on "CBS This Morning." "We are, in this city, very comfortable putting out large numbers of police officers with heavy gear, with heavy weapons to send the message: Don't try anything here. God forbid something happens like this, we can respond quickly."
Right after the NYC terror, there was big celebration in New York. Thus, according to AP, NYPD with guns and portable radiation detector was located to reconnaissance the Main streets, and some were on the rooftop to check if there is anything significant to report. Dozens of sand-filled sweepers will form along the 2.6-mile stretch from Central Park to form a wall. During the Macy's Parade, the crowd's shouting sound contrast with officer's silent guard. Police have set up the concrete barriers, assigned aviation battalion, detection dogs and reconnaissance team to make a full defensive preparation from any kinds of terror. All trashcans were kept closed to prevent installation of bombs and inspection of belongings was further strengthened of all places. 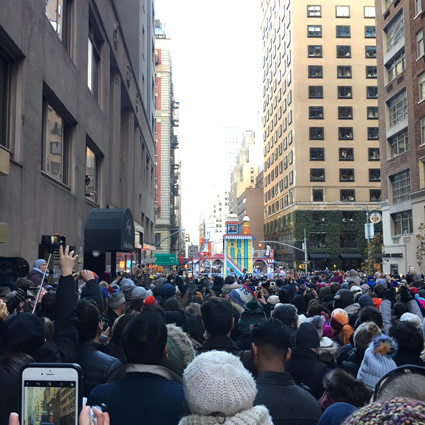 "I came with my friends to watch the Macys Parade, but my parents and my friends worried that there might be terror. I believed nothing will happen and I was fine while watching the show, but still I was in a tense," said Long Zewei, a tourist from China. "And I felt like people alerting each other. You know if I see a suspicious person I would go far away from him. There were so many people all over the world, so you don't know what will happen in here. And NYPD everywhere it made me nervous. When hearing sirens, I was frightened."
Regardless of these efforts, the terrorism group Al-Qaeda that caused 9/11 terror under Osama bin Laden's guise had threatened U.S. railway again. It leads Transportation Security Administration to be on emergency alert and make an announce to tighten guard to prevent terror before it occurs. Also, they recognize this as a serious threat since 911 terror.
Thomas Nestel, police chief for the Southeastern Pennsylvania Transit Authority, told ABC News' David Kerley that drones are "a great way for us to patrol a track without walking on the track, putting officers in jeopardy safety-wise. Using the drone can cover a whole lot of area in a much faster span of time."
Due to its tragic serial terror even introduction of this new technology, Donald Trump, the president of U.S., has sought to start the extreme vetting initiative some refer to as aMuslim ban. This could cause some difficulties for those who want to travel to the U.S. The definition of this program is Immigration & Customs Enforcement's plan to monitor much of the internet, including social media like Twitter, to automatically flag people for visa denial based on those broad criteria according to Brennan Center for Justice at New York University School of Law.
There are several grounds the president could start with this policy. Cited by Department of Justice homepage, the government's success in preventing another catastrophic attack on the American homeland since Sept. 11, 2001, would have been much more difficult, if not impossible, without the Patriot Act. The Patriot Act increased the penalties for those who commit terrorist crimes like prohibiting the harboring of terrorists or eliminating the statutes of limitations for certain terrorism crimes and lengthens them for other terrorist crimes. Trump mentioned he is strong proponent of this act. This can be one of the reasons why he is not reluctant to implement the extreme vetting initiative.
Further, since the first time of Trump's election, he has been extremely highlighted about protecting national security. Given that his election pledges are concentrated on maintaining a watertight security posture, now that the serious attack was happened in major city, it is expected that this policy will be accelerated soon.
But, most people and expertise are skeptical about extreme vetting. They argue it will restrain free speech or expressing opinion in the social media. Further, this could become the starting point of censoring people - from immigrants to current Americans. People have raised a number of question about its effectiveness, because it is not about pointing, but doubting everyone who has the feature of foreign. Thus, a lot of opposition letters and statements like "Coalition Letter to DHS Opposing the Extreme Vetting Initiative" (Nov. 16) is bringing up now to abandon this effort. Even though there are a dramatic rejection in public opinion, there are supporters of this policy. Advocators insists that, as the president puts emphasis on national security, it now remains to be seen how he deal with this policy and problem in the future.
On Nov. 5, One of the world's five largest marathons was held in New York. It was just five days after New York truck terrorism, but they held a marathon without fail. As we can see from this 47th New York Marathon, participants actively participated marathon as usual.
Lee Bong-ju (47), a former Korean national marathoner, participated in the 47th edition of the New York Marathon and said, "I ran passionately with my compatriots to support New Yorkers who were subjected to terrible terrorist attacks."
The United States, which was believed that it had been well guarded from terror since 2001, was harmed by terrible terrorism. Now that America is the biggest holidays, Christmas and New Year are approaching, the U.S. government and DHS need to check the security issue by this time again. It is also hoped that the active participation of American citizens to fight against the terrorism and the efforts of the state could bring good results with this issue.
Categories
NUsUnlimited