Harry Styles: An icon to people of all ages

Sat, Dec 2nd 2017 09:45 pm
By Lindsey Nudds
You're sitting in a small concert venue in a big city. The curtain is a pastel pink drape with flowers. The lights go down and you hear the first chord sung. When the curtain drops, Harry Styles is standing on stage in a patterned suit and singing his hit, "Ever Since New York." People start screaming and Styles commands the stage with his presence and "unique" dance moves. He struts around the stage with pride flags and water bottles, and sings "Happy Birthday" to an audience member.
Once the concert is over, Styles thanks fans from the bottom of his heart for supporting him and blows kisses. The lights then come on and you feel as though you are in a dream. You have just been to one of Harry Styles' concerts and now know the fun and energy he brings to his shows. 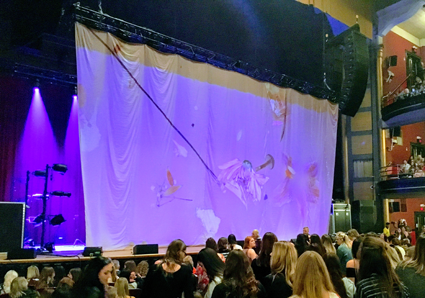 Styles is arguably one of the most influential icons of this generation. At only 23 year old, he has made amazing strides in his career. To name just a few in recent years, he performed at the 2017 Victoria's Secret Fashion Show, he was featured in the hit movie "Dunkirk," and also signed a solo deal in 2016.
Aside from his charmingly good looks, and major accomplishments, Styles poses as an important role model for both the young and old. He treats everyone with kindness, (it's even his merchandise slogan), and is a completely respectful man. One never hears anything negative about him in the news, as there is nothing negative to report. And, on any of his social media channels, one can find messages of acceptance and equality.
Pride flags are a big part of Styles' image, and he goes out of his way to congratulate countries for passing same-sex marriage laws. This, he said, is an important message to send to people, particularly in their teens, as middle and high school can be rough times. When one sees such an important figure teaching one to be kind and accept people for who they are, one is encouraged to listen.
Styles' Fashion
If you have ever seen Styles on stage, you have probably noticed his eccentric suits. From neutral patterns to neon florals, Styles pulls them all off without even trying, paving the way for a new trend in fashion.
He wears them effortlessly and without a care in the world. He holds a certain presence on stage and makes the colorful suits as much as a part of the show as his actual performance. The crazy patterns and colors really accentuate Styles' personality and give his shows that "Harry Styles flair" that he owns so well.
And you don't have to worry about seeing a suit twice, because he does not re-wear them.
Along with his unique choice of outerwear, Styles also recently cut off his iconic curls. One of his staples that would make girls cry, and boys jealous, he decided to completely part with.
But, of course, it was for a good cause. Styles' ended up donating his luscious locks to the Little Princess Trust, an organization that makes real hair wigs for children with hair loss. Although devastated at first, the world grew to like the short new due, and Styles made fans appreciate the long mane he had.
Styles shows he isn't afraid to take risks in order to help other people and will do whatever he so chooses.
Solo Debut
In 2016, Styles officially veered away from his band, One Direction, and signed a solo contract. About a year after that, he released his first album, self-titled, which was an instant hit. He hit No. 1 on the Billboard 200 and sold 230,000 copies of his album the first week.
Styles' hit single, "Sign of the Times," hit No. 1 almost immediately and he started his journey on becoming a solo artist.
With spending seven weeks in the Top 10, "Sign of the Times" became Styles' staple sound. He started branding himself as an artist, and grew an even larger fanbase.
New fan Sophia Foster says, "I was never a fan of the typical 'boy band' sound, but (Harry) has really rewritten his sound to a new rustic/rock vibe that is refreshing to listen to." 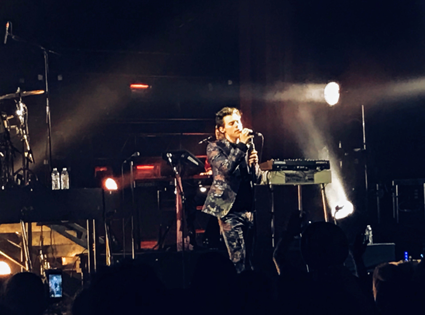 Harry's Impact
Not only has Styles had a major impact on young girls' lives, but the older generation, as well.
Ruth Smith, a grandma of seven, says, "I fell in love with his new single. He's such a young, fresh face to look at, and has music that reminds me of better times in my life. (Harry's) new album has that rock feel to it that me and all my friends love. He is an old soul that creates genuine music."
From 85-year-olds to young teenagers, many have a soft spot in their heart for Styles.
Eighteen-year-old Sadie Maldonado says, "Harry Styles is an amazing role model for this generation, but he also is an amazing and talented musician. The way he portrays himself to the public shows what a respectable musician and person he is. Also his music style is similar to that of Fleetwood Mac, but more pop."
Styles has been recognized for his talent by winning the ARIA Music Award for Best International Artist, Teen Choice Award for Choice Male Artist and Teen Choice Award for Choice Rock Artist. This doesn't include the other 30-plus awards his former band won.
Styles' former band, One Direction, definitely has a different sound than he does now, but there is no doubt that he was influenced by his old band. From experience in the studio, to stage presence, One Direction prepared Styles for his solo career. He is now free to make his own decisions, but he still is the same quirky guy he was in One Direction. Styles continues to hold the hearts of millions with his album, good looks and charming disposition.
Categories
NUsUnlimited