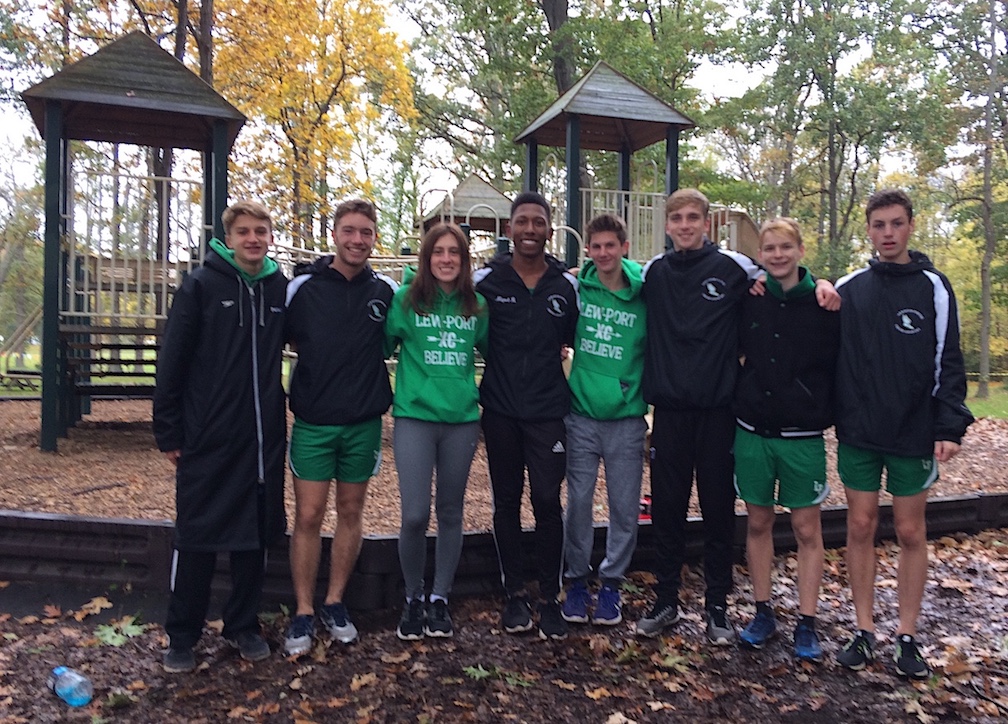 Sat, Nov 4th 2017 10:20 am
By Jennifer Raby
Lewiston-Porter Cross Country Coach
Last weekend, the Lewiston-Porter boys cross country team won the 2017 Niagara Frontier League Championship title.
Leading up to the league meet, there was a three-way tie between Lew-Port, Niagara Falls and Lockport. Lew-Port defeated second-place Lockport, 45-46, a team that dominated the league in the past. Lew-Port improved its record to 15-1 for the regular season. The only loss was against Niagara Falls by 1 point.
Andrew Perreault lead the team with a second-place overall finish (17:11) at the league meet, only losing to Grand Island's Ryan Buzby, who broke the course record with a time of 15:55.
The team wouldn't be complete without Andrew, Justin Pavan, Cole Accetta, Ben Wisto, Miguel Bautista, Jack Carminati and Jack Dunn, who gave everything they had to win the title.
Andrew had a record-breaking season, in only his first year competing in cross country. His season-best time was 16:30, which was the fastest 5K time Lew-Port has seen in 30 years. He has already broken six schools records and this is only the beginning.
The team achieved its first league championship title since 1997, when the team went 18-0 and won the Section 6 Championship title and clinched its ticket to the New York State Championships.
As my first year of head coaching for this team, I am so lucky to be a part of this team, which fought to the finish line for the title. I believed in them on day one when no one else would give them a chance. I knew I had something special, but we were the underdog and needed to prove ourselves every single race. Wining the league title was our destiny and the team believed it and ran with heart.
Winning the championship title was a goal that my late dad, "Coach Gary Raby," had envisioned for the team the past few years, but injuries had prevented the achievement. My philosophy going into this season was mirrored by my dad, which was simply put: "Believe in your athletes and give them the confidence they need to achieve their potential."
This season is dedicated to the high-five coach who always believed in you even when you didn't believe in yourself.
Categories
School School feature Sentinel