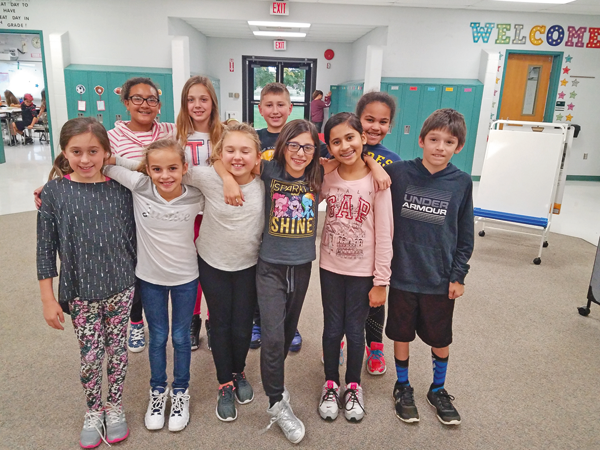 Fri, Oct 27th 2017 03:35 pm
Students come together for doughnut fundraiser
By David Yarger
Tribune Editor
Locations across America were dealt a bad hand when hurricanes wreaked havoc across states, cities and towns.
At West Street Elementary School, students and faculty understood the situation and decided to take action.
On Oct. 19, the school held a doughnut sale and donated all proceeds from the fundraiser to hurricane victims. In all, the school sold all 408 doughnuts in 30 minutes, and, including donations, raised $450.
Lenore Palmeri, school counselor and character education teacher, said the idea came directly from the students.
"The children really spearheaded this. At the school, we have a group that are Kiwanis Kids Leaders, and they wanted to do it and help the victims of the hurricanes. They ran it by the principal, who was all for it, and then I looked where to get doughnuts. We picked Walmart because they have a large relief fund for the victims, as well," Palmeri said.
The students at West Street range from kindergarten to fifth-grade. For young children to take on a big task, Palmeri said it showed a lot about how much the kids care for others.
"They're not only interested in their well-being, but also want to help others," she said. "It makes them proud of themselves to help others that are less fortunate and it's really a win-win situation, because the kids help the victims and have fun in doing so, and everything raised goes to a good cause."
Palmeri said the kids understood the situation and imagined themselves in the hurricane victims' shoes.
"It was important to the kids and it was important that we helped. The kids realized how they would feel in that situation and really felt empathy for those people. The kids made posters to put up in the school and they really took charge. They were determined to do something to help," she said.
Palmeri, a faculty member of 20 years, said the fundraiser was important to her and positively portrayed her character education class. She added the class resembles the book "The Seven Habits of Highly Effective People" by Steven Covey. She said the fundraising resembled one of the habits from the book of reaching out and helping others.
"For myself, I think it's important for the kids. I teach character education and teach values to spread love in this world and the kids really focused on spreading that," she said. "With all the bad going on right now, we're focusing on doing good things and passing those good things on to our surrounding areas."
Categories
School feature Tribune Tribune HP Feature List