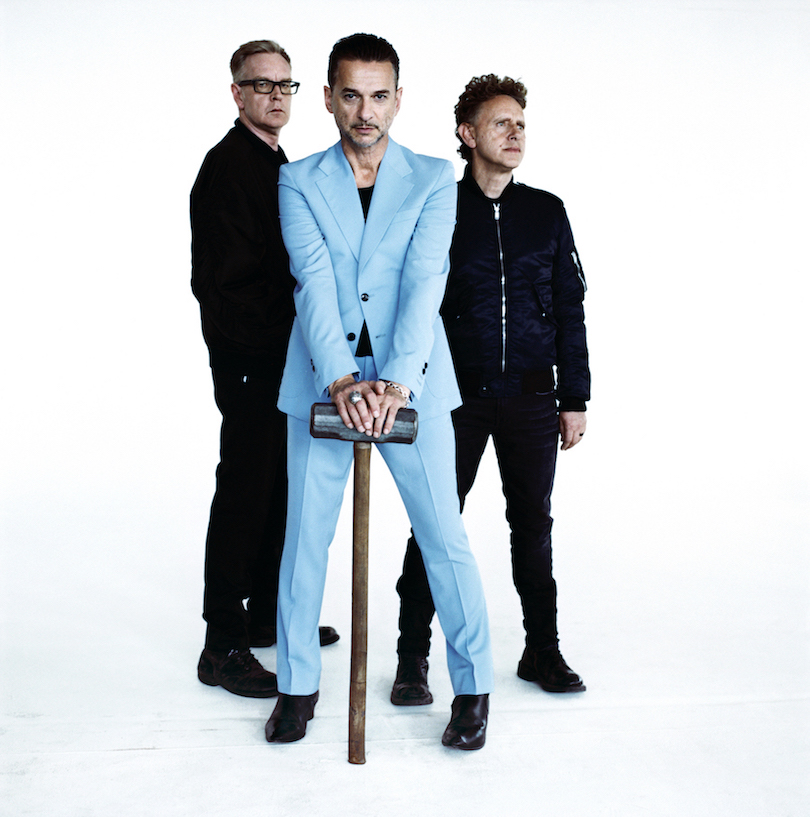 Fri, Sep 22nd 2017 06:25 pm
After including a cover of David Bowie's "Heroes" in their "Global Spirit" Tour set list in Europe and North America, Depeche Mode on Friday released a video of their haunting, emotionally charged version of the song.
Debuting on NME, the release is fitting as the date marks the 40th anniversary of the original release of "Heroes." The visual, directed by Tim Saccenti, features Depeche Mode in an intimate studio setting and is one of the stripped-back performance films Saccenti made during the recording of "Spirit" in 2016.
See the NME debut here: http://smarturl.it/dmheroesnme
Watch "Heroes" highline sessions version here: http://smarturl.it/dmheroesvid
Frontman Dave Gahan said, " 'Heroes' is the most special song to me at the moment. Bowie is the one artist who I've stuck with since I was in my early teens. His albums are always my go-to on tour and covering 'Heroes' is paying homage to Bowie."
For more details on Depeche Mode's music, catalog, videos or to sign up to receive announcements about upcoming tour dates, visit www.depechemode.com.
Categories
Top Entertainment News