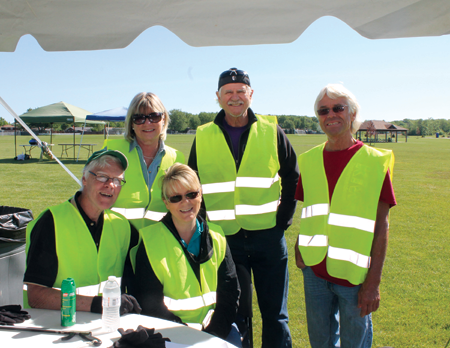 Fri, Jun 9th 2017 03:10 pm
Dozens of volunteers grabbed gloves, trash bags, bug repellent and poker sticks to tackle trash in the Town of Niagara on Saturday, June 3. Highway Superintendent Bob Herman thanked the group who gathered at the Community Center for the start of Neaten Up Niagara.
"Work together like a group; that's what makes things work," he told volunteers.
He advised them to be cautious on the roadways and urged, "Have a safe day!"
The cleanup aimed to eliminate the trash that gathers on town thoroughfares during the winter months. There were volunteers from Kiwanis, the Lions Club and church and community groups. They gathered into teams to clean along routes such as Lockport, Military, Packard and Tuscarora roads, Factory Outlet Boulevard and Young Street.
After the morning cleanup, the volunteers were treated to a lunch under a tent in Veterans Memorial Community Park.
Pictured above: Members of the Kiwanis Club of Niagara-Wheatfield were among 50 volunteer workers for Neaten Up Niagara on Saturday morning. Shown before the teams started out for their town cleanup assignments are, from left, Colin Smith, Sue Smith, Deb Bentley, Gary Hauck and club President Danny Maerten. (Photos by Karen Keefe) 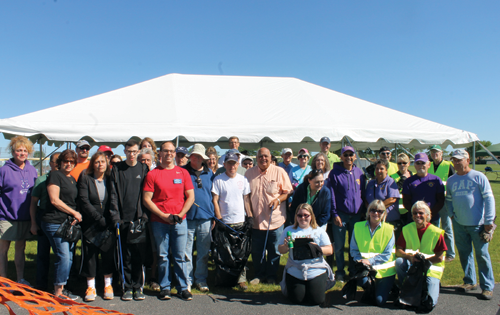