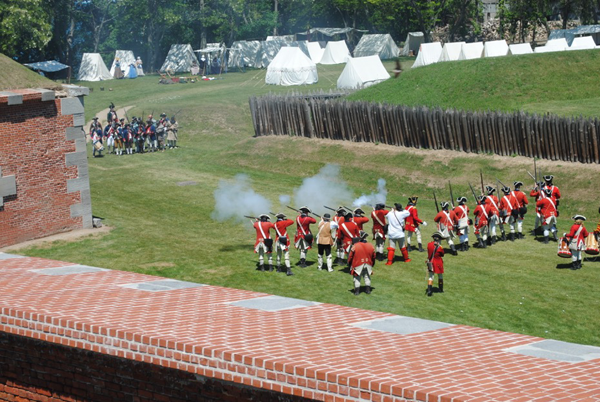 Wed, May 24th 2017 03:10 pm
Re-enactors representing the American colonists and British loyalists during the American Revolution will converge on Old Fort Niagara the weekend of June 3 and 4 for a large-scale living-history event that involves camps, mock battles and interactive demonstrations for visitors.
"Rebels and Redcoats" will draw hundreds of re-enactors, re-enactment units and special presenters to the historic fort for a weekend of patriotism and living history for visitors of all ages. Among the units will be the Northwest Department of the Brigade of the American Revolution, a nonprofit living history association dedicated to recreating the life and times of the common soldier of the American Revolution.
Throughout the weekend, there will be hands-on activities for children; changing of the guard ceremonies (8th Regiment of Foot); soldier life demonstrations; and 18th century games. In addition, visitors can explore the fort's original 18th century buildings, witness battle demonstrations, and visit the museum and museum shop.
Everything is included with regular admission to the fort. The fort's Log Cabin eatery will also be open serving burgers, soup, sandwiches, drinks and ice cream.
Old Fort Niagara is open daily from 9 a.m. to 5 p.m. through June, and from 9 a.m. to 7 p.m. in July and August. Admissions end 30 minutes before closing. Regular admission to the fort is $12 per adult, $8 per child ages 6-12, free for children 5 and under, and free to members of the Old Fort Niagara Association.
Visit Old Fort Niagara online at www.oldfortniagara.org. 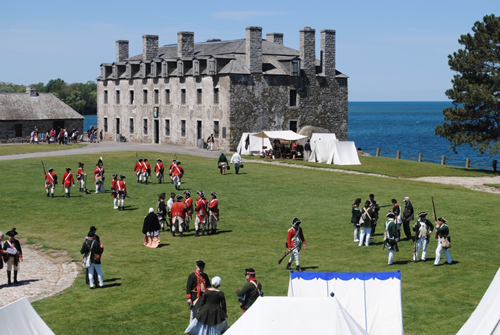