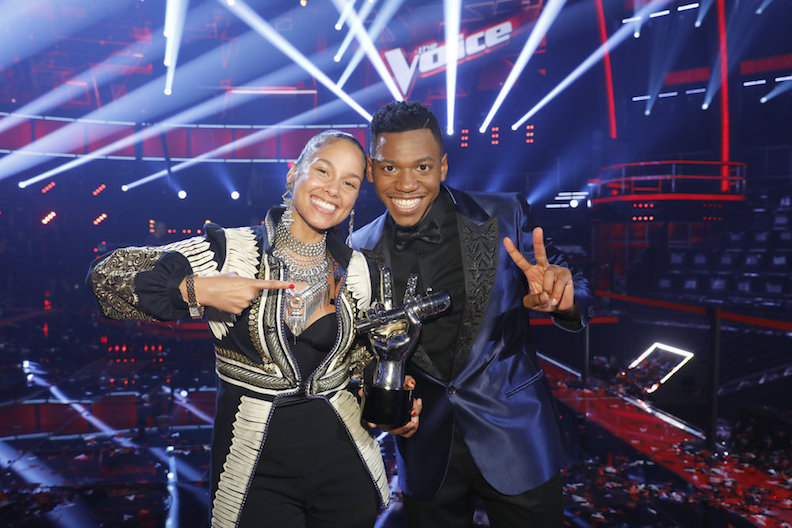 Wed, May 24th 2017 08:55 am
Popular member of Team Alicia earned America's top vote
Chris Blue was crowned champion of NBC's three-time Emmy Award-winning musical competition series "The Voice" on Tuesday, earning the grand prize of a recording contract and being named winner of season 12.
Blue, 26, from Knoxville, Tennessee, was a member of Team Alicia. Follow him on Twitter @Chrisbluelive.
Blue grew up in a family of seven in a tiny house. His mother decided to put the family in a band called the Blue Family, where they sang at local churches. The band later became known as the Blue Brothers and performed across the Midwest. For the past six years, Blue has worked as a worship leader, where he met his fiancée, a cancer survivor.
This was Alicia Keys' first win as a coach.
This season's coaches were Keys, Adam Levine, Blake Shelton and Gwen Stefani. Carson Daly served as host.
The current cycle of "The Voice" is averaging a 3.0 rating in adults 18-49 and 12.6 million viewers overall on Mondays, and a 2.9 in 18-49 and 12.5 million viewers on Tuesdays in "live plus seven day" averages from Nielsen Media Research, keying regular NBC wins on both nights. So far this cycle, both "Voice" editions have ranked in broadcast television's "live plus same day" weekly top 10 in adults 18-49 and total viewers each week the show has aired.
Categories
Top Entertainment News