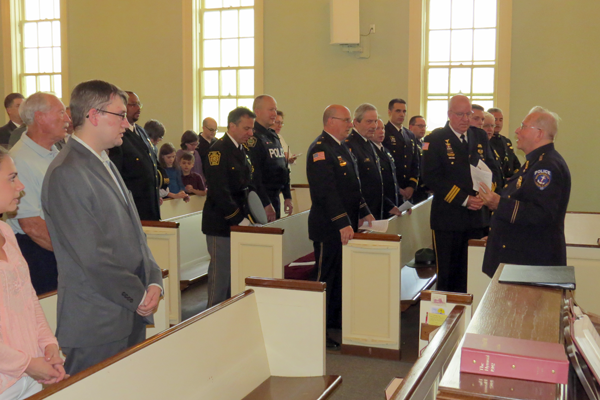 Fri, May 19th 2017 04:55 pm
Law enforcement officers from across Western New York and Southern Ontario joined together Wednesday to pay tribute to personnel who died in the line of duty.
The 20th annual Niagara Interfaith Chaplaincy Police Memorial Service was held at St. Paul's Episcopal Church in Lewiston. Police officers presented wreaths as they read the "Roll of Honor," the names of their fallen brothers and sisters in law enforcement. Agency honor guard members joined area musicians in rendering a rifle salute and playing taps.
This year's keynote speaker was the Rev. Deacon Patrick Bradley of St. Peter's Episcopal Church in Niagara Falls. Bradley, who was appointed chaplain of the Niagara Falls Police Department in 1998, is a founding member of Niagara Interfaith Chaplaincy, the organization that sponsors the annual police memorial.
The interfaith observance is held each year during National Police Week.
Established by a joint resolution of Congress in 1962, National Police Week is a time to give special recognition to law enforcement officers who lost their lives in the line of duty for the safety and protection of others. 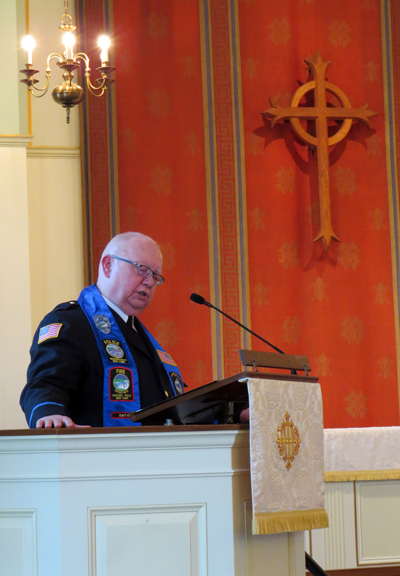