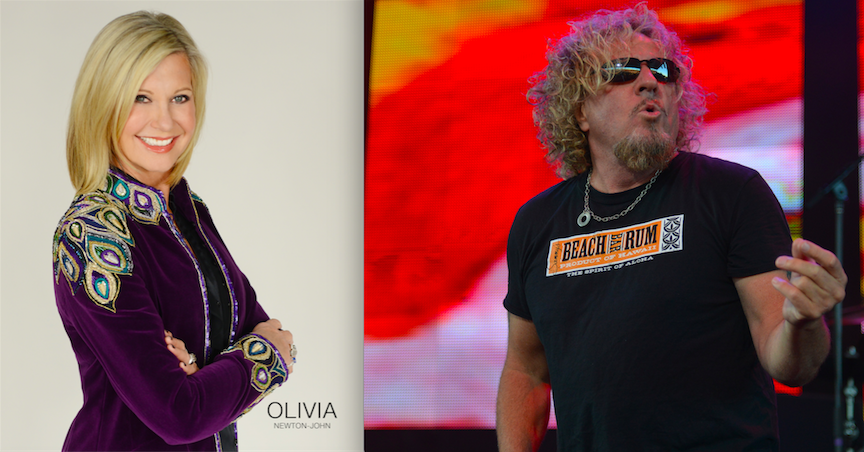 A must-see experience for fans of everything "Happy Madison," Adam Sandler returns to his stand-up roots bringing the funniest moments of his career to the Fallsview Casino stage at 9 p.m. June 23-24. Tickets start at $175 (Canadian).

Since the release of his first comedy album, "They're All Gonna Laugh At You," Sandler's unique and endearing sense of humor has reached certified double-platinum status. From his days as a sketch comic on "Saturday Night Live," to his musical recordings and films, Sandler has built a legacy through hilarious characters (including Happy Gilmore, Operaman and Billy Madison). Thanks to a string of blockbuster hits, including "The Wedding Singer," "The Waterboy," "Big Daddy," "Punch-Drunk Love," "Hotel Transylvania," "Reign Over Me" and "Funny People," Sandler has become a clear favorite among comedy's biggest fans.

Joining the Fallsview artist roster this June is four-time Grammy Award-winning singer and iconic actress Olivia Newton-John. With a career spanning over five decades, and more than 100 million albums sold, her understated stage presence is as relaxed, seasoned and elegant as the themes of her earliest hit records.

Showcasing a sparkling set and crisp backing ensemble, the iconic star brings everything "Grease," plus acclaimed singles such as "Physical," "Have You Never Been Mellow," "Magic," "Suddenly" and "Let Me Be There."

Fallsview Casino also hosts one of rock music's most dynamic acts, Sammy Hagar and The Circle. As the frontman for Montrose, Van Halen and Chickenfoot, the multiplatinum-selling Hagar has set the tone for some of the greatest rock anthems ever written, including "I Can't Drive 55", "Right Now" and Why Can't This Be Love."

Hagar and The Circle, featuring Michael Anthony, Jason Bonham and Vic Johnson, will perform at 8:30 p.m. June 21-22. Tickets start at $80.

Tickets for the June shows, will also include A Night Of Comedy Featuring Sinbad, Jim Breuer & Tom Papa (June 3), Dancing Queen (various dates), Pat Boone (June 29-29) and The Gypsy Kings Featuring Nicolas Reyes and Tonino Ballardo (June 30), are now on sale at the Fallsview Casino box office (on any show date) and all Ticketmaster outlets. Call Ticketmaster at 1-877-833-3110 or visit www.ticketmaster.ca.