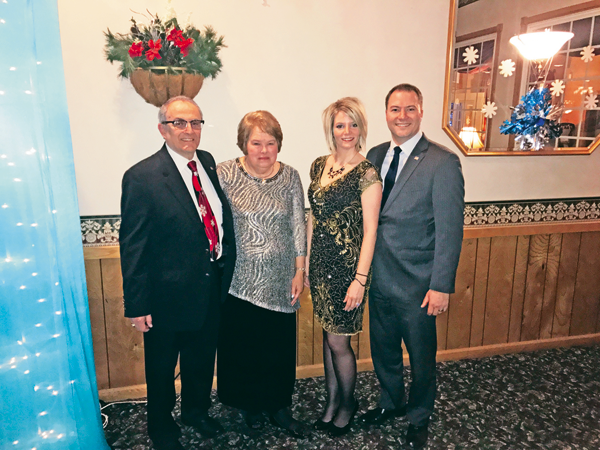 The event included a night of music, food and cocktails.

Each year, a local non-for profit organization is designated as the beneficiary for the annual event. New York State Sen. Robert G. Ortt (former mayor of North Tonawanda), and his wife, Meghan began this tradition in 2010. Proceeds from this year's event benefited the American Legion Stephen Sikora Post No. 1322.

"It was an honor and a privilege to host this Veteran charity event alongside my wife, Linda, for the 7th year since its inception," Pappas said. "Thanks to the very generous sponsors and the 130 people who attended, we were pleased to present the chosen charity a substantial amount of money to help continue their success as a Veteran organization within our community."

Ken Barnes, commander of the American Legion Stephen Sikora Post No. 1322, accepted the proceeds from the event and stated that the Post is most appreciative for all the effort that was put forth on their behalf.

The American Legion Stephen Sikora Post No. 1322, established over 70 years ago, sponsors activities for veterans, donates to youth agencies and contributes to organizations such as Niagara Hospice and the Police Benevolent Association.

Both Pappas and his wife were presented with a Stephen Sikora Post No. 1322 pen at the event.