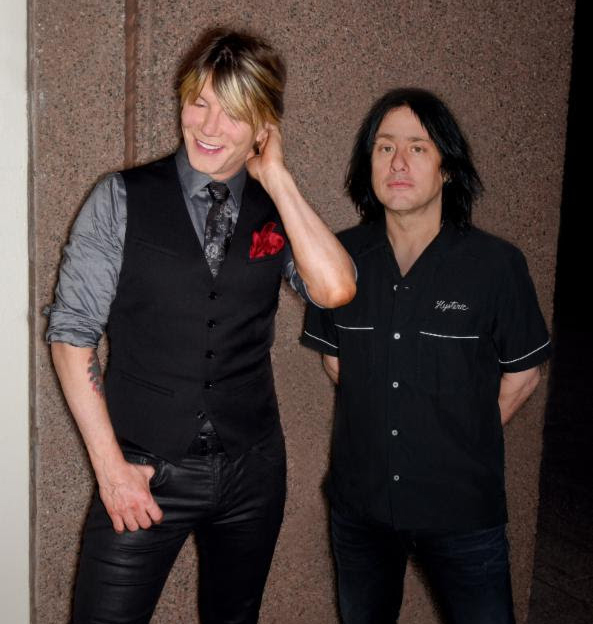 'You Should Be Happy' EP out May 12 via Warner Bros. Records

Multiplatinum, Grammy-nominated band Goo Goo Dolls will hit the road this summer for their third headline run since the release of their latest album, "Boxes." Produced by Live Nation, the "Long Way Home" Tour with special guest Phillip Phillips kicks off July 14 at the Shoreline Amphitheatre in Mountain, California, and will run through mid-September, culminating at the Greek Theatre in Los Angeles on Sept. 13.

Goo Goo Dolls will release a new EP titled "You Should Be Happy" on May 12 via Warner Bros. Records.

Goo Goo Dolls - featuring singer and guitarist John Rzeznik and bassist and singer Robby Takac - have been on the road consistently since the release of their 11th studio album, "Boxes." The album was lauded by the likes of People, Huffington Post and Metro. "Boxes" features the hit song "So Alive," which the Goo Goo Dolls have performed everywhere from NBC's "Today" to CBS' "The Talk" and ABC's "Jimmy Kimmel Live!" Watch the official video below.

The multiplatinum, Grammy-nominated Goo Goo Dolls are one of the most globally respected and influential forces in popular music, selling more than 12 million albums since 1986. They have scored 14 top 10 radio hits (more than any other artist in the history of the hot AC format), including "Name," "Slide" and "Iris," the latter spending nearly 12 straight months on the Billboard charts and holding the No. 1 position for 17 consecutive weeks. The band has toured the globe countless times, performed in front of millions of fans, received numerous awards (including four Grammy nominations), and recorded and released 11 studio albums. Rzeznik has also been honored with the Songwriters Hall of Fame Hal David Starlight Award.

Since releasing his five-times-platinum debut single "Home" in spring 2012, Phillip Phillips has released two chart-topping albums and has taken his expansive brand of earthy guitar-fueled rock to stages across the globe. With his soulful vocals and ruggedly warm sensibilities, the Georgia-bred, 26-year-old "American Idol" winner saw his first full-length effort, "The World from the Side of the Moon," go platinum after debuting at No. 4 on the Billboard top 200. In 2014, his sophomore album, "Behind the Light," offered up the lead anthemic folk-rock radio hit "Raging Fire."

Phillips' success at radio was accompanied by a nationwide summer tour with OAR in 2014 and a summer amphitheater run with Matt Nathanson in 2016. Phillips is currently working on his third full-length album. For more information, visit www.phillipphillips.com.