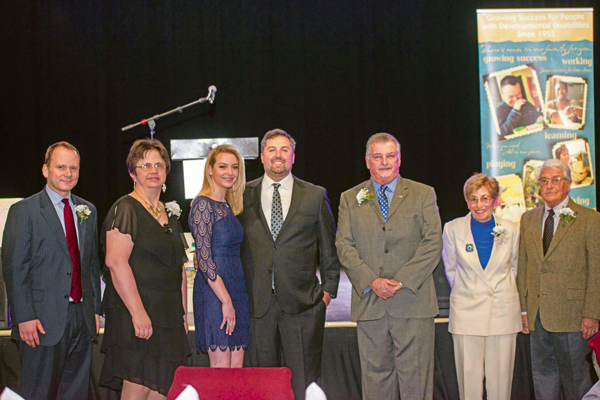 More than 200 people gathered for the Opportunities Unlimited of Niagara's Heroes of Niagara awards dinner to celebrate the generosity and accomplishments of local community leaders on Feb. 2 at The Rapids Theatre in Niagara Falls.

Burns, a lifelong resident of Niagara Falls, supports many charitable organizations. After a career in manufacturing, he opened his first Tim Hortons' franchise in Niagara County in 1999. His business has grown to seven locations and will expand to nine by the end of 2018.

Driven by its employees, the philanthropic committee of Ingram Micro has supported Opportunities Unlimited of Niagara's horticulture therapy program - the Niagara Floral Center and Greenhouse.

For decades, Marie-Thérèse and C. Anthony Frieri have been devoted to their two daughters with disabilities, served as OUN board and committee members, and are leadership supporters of many fundraising activities.

While attending OUN, it became clear Cathy had a zest for the working world. Over the years, she worked to improve her employment skills. While at OUN, she worked in the environmental services department cleaning buildings/offices, participated in the day habilitation program (where she attended training classes and volunteered in the community), and was a member of the agency self-advocates group. Her hard work and dedication paid off this past September when Cathy found employment as a café attendant.

The Opportunities Unlimited of Niagara's Heroes of Niagara awards dinner event was co-chaired by Paul and Ashley Snyder from We Care Transportation. 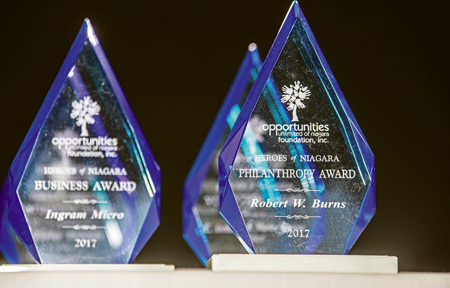