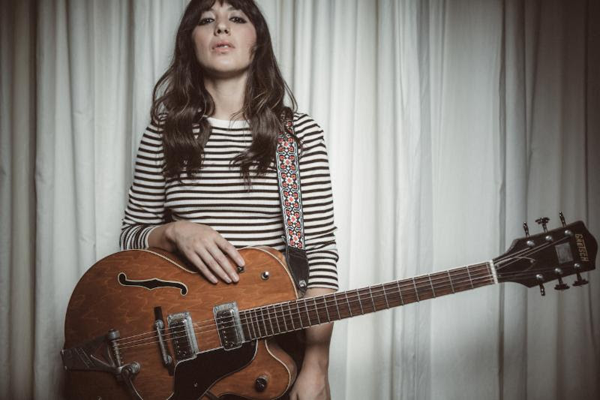 Grammy Award-winning, multiplatinum singer-songwriter Michelle Branch will release her highly anticipated fourth studio album, "Hopeless Romantic," on April 7, through Verve Records. This is Branch's first solo project since her Grammy-nominated 2003 album "Hotel Paper." Entertainment Weekly has projected it to be one of 2017's most anticipated albums. Billboard premiered the first single and title track HERE.

"A lot of these songs are about heartbreak, but knowing that it doesn't mean the end of the world. It just means letting go and moving on and knowing that you're going to be OK," Branch said. "This is my first real-life autobiographical record."

Standouts include the first single, "Hopeless Romantic"; as well as "Fault Line," which was co-written by Branch and Morgan Kibby from M83; and "City," a song about having the courage to walk away and start over.

"Keith Jeffery from Atlas Genius sings this with me," Branch said. "He was on tour in London when I was working there. I wrote it one morning and asked him to come and sing on the demo later that day."

Michelle and her band (Carney on drums, and husband and wife duo Alaina Moore and Patrick Riley from indie pop band Tennis) performed tracks from the upcoming album to a sold-out crowd of industry professionals at the Bowery Electric in New York City on Jan. 25.

Branch was 17 when she signed with Maverick Records. The label had heard her independently released album, "Broken Bracelet," and was impressed by her songwriting talent, powerful vocal delivery, and precocious guitar chops at a time when many young female artists were singing other people's songs.

In 2001, Branch released "The Spirit Room," which sold 2 million copies in the U.S., thanks to the catchy, heartfelt hits "Everywhere" and "All You Wanted," and ushered in a new era of young women writing and performing their own songs.

She followed it up with 2003's "Hotel Paper," which debuted at No. 2 on the Billboard album chart and became Branch's second platinum-selling disc in the U.S. It spawned the hit single "Are You Happy Now?" which was nominated for a Grammy Award for "Best Female Rock Performance."

Branch also won a Grammy for singing on Carlos Santana's "The Game of Love," which reached No. 5 on Billboard's Hot 100 and spent many weeks atop the Billboard adult contemporary chart. In 2006, Branch found success with modern-country duo The Wreckers, whose debut, "Stand Still, Look Pretty," was praised by critics for breaking down barriers between pop and country. The gold-certified album spawned the hit single "Leave the Pieces," which topped the hot country songs chart for several weeks, as well as "My Oh My" and "Tennessee." Branch earned her fourth Grammy nomination. (She was also nominated for Best New Artist in 2003.)