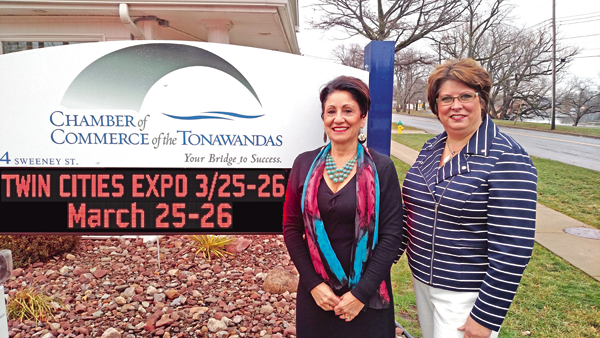 Chamber of Commerce of the Tonawandas: Cooper Sign Co. January's 'Member of the Month'

Cooper Sign Co. of 7350 Porter Road is the Chamber of Commerce of the Tonawandas'  "Member of the Month."

In 1922, Carl Cooper established the business in a small storefront in Niagara Falls. He wanted to share his creativity with the community, and focused primarily on producing show cards for theaters throughout the Buffalo-Niagara region.

As the company's reputation grew under Cooper's direction (and eventually his sons' after their return from WWII) so did the range of work produced.

Cooper Sign Co. has produced many signs in the Niagara Frontier, which have become landmarks and are found on websites featuring "roadside art."

In 1996, Old Glory Flag and Banner was added to the business to expand and meet the needs of additional customers by offering American flags (made in the U.S.) as well as custom flags, military, historical, state and foreign flags along with many hardware items.

Although the company has seen many changes over the years, the core values established three generations ago are attributed to the success of the company.

The company continues to pride itself on creativity and keeping up to date with the latest sign technology and products available, including graffiti proof signs and decals and a soy based graffiti remover.

The company's signs are handcrafted in the U.S.