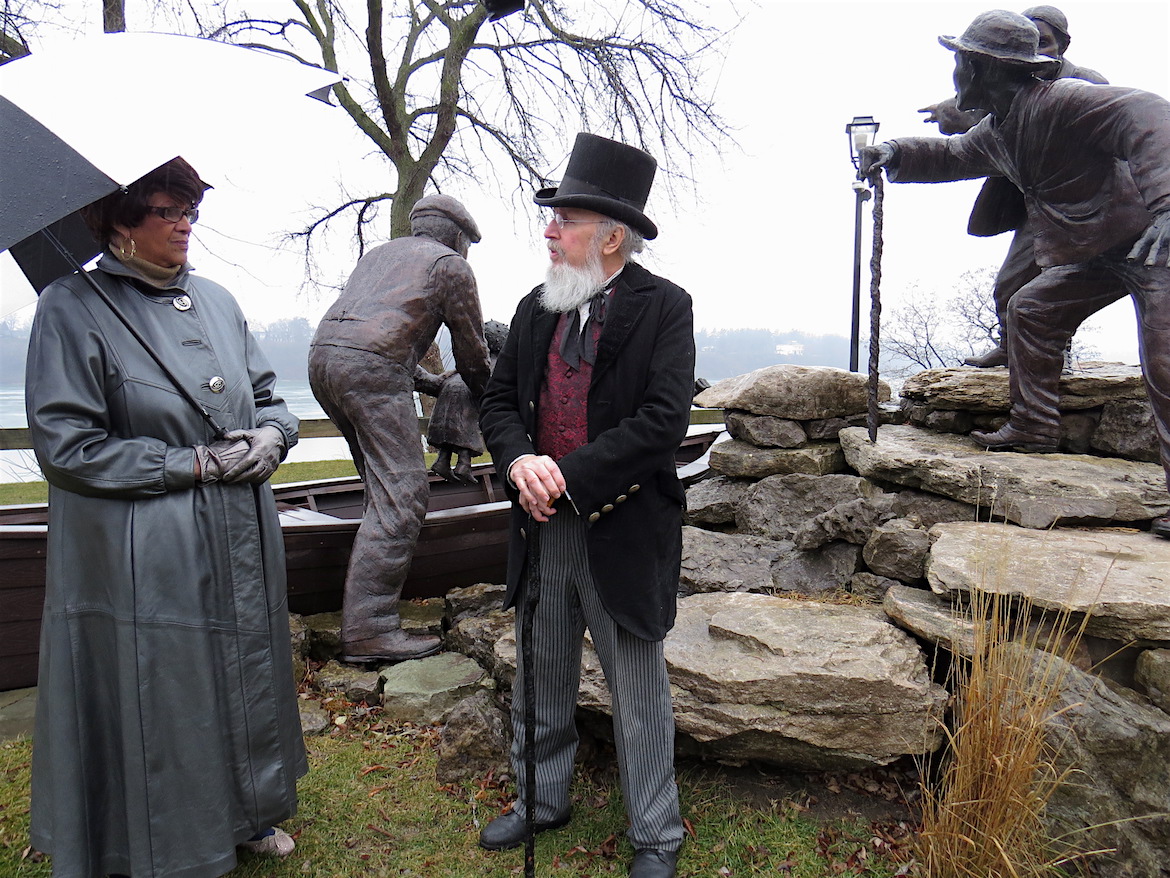 Almost 60 years ago, at the age of 15, Counts-Scoggins was the first black student to attend Harding High School in Charlotte, North Carolina.

Her experience there was horrifying, as Counts-Scoggins was mocked and spit on, rocks and garbage were thrown at her. Teachers, meanwhile, would ignore Counts-Scoggins, while neighbors placed threatening phone calls to her home.

Her family ultimately moved to Pennsylvania, and Counts-Scoggins later earned a degree from Johnson Smith University. In 2008, Harding High School awarded her an honorary diploma and renamed the library in her honor.

"People ask, 'How could you walk away from something like that, and not have resented the people that did the things that they do?' And I said, 'It was a learning experience for me.' But what happened was, that experience made me the person that I am today," Counts-Scoggins said. "I have a very, very strong faith. I came from a very, very rich family, in terms of spiritual growth, as well as my parents and my grandparents taught us values and principles at a very young age. I carried those things with me during that time. But I also carry those things with me now, at this point in my life. And that's how I'm able to get through all of those things that happened."

Counts-Scoggins said she's seen a lot of positive change in her life, but more work remains - especially in 2017.

The civil rights pioneer visited Western New York to speak this week at Niagara Falls High School about her own experiences, and to honor the work of Dr. Martin Luther King Jr.

In Lewiston, an 1800s-era Tryon presented Counts-Scoggins with the key to the village, and escorted her to the Freedom Crossing Monument on Water Street. The memorial serves as a commemoration of Western New York's role in helping enslaved African Americans escape to Canada in the mid-1850s.

Geissler sculpted the monument, which was unveiled in 2009. The "interactive" Freedom Crossing Monument depicts slaves being helped into a rowboat on the banks of the Niagara River. The image captures an exciting moment wherein slaves, who traveled hundreds of miles, have finally reached their destination - and can see the "promised land" of Canada, and freedom, across the river.

Tourists and visitors can sit in the rowboat to not only to have their pictures taken, but also to imagine what it would have felt like during the final moments during the slaves' quest for freedom.

Simonson noted the book, "Freedom Crossing," a story based in Lewiston and written by the late local author Margaret Goff Clark, is required reading for thousands of school children across the U.S. 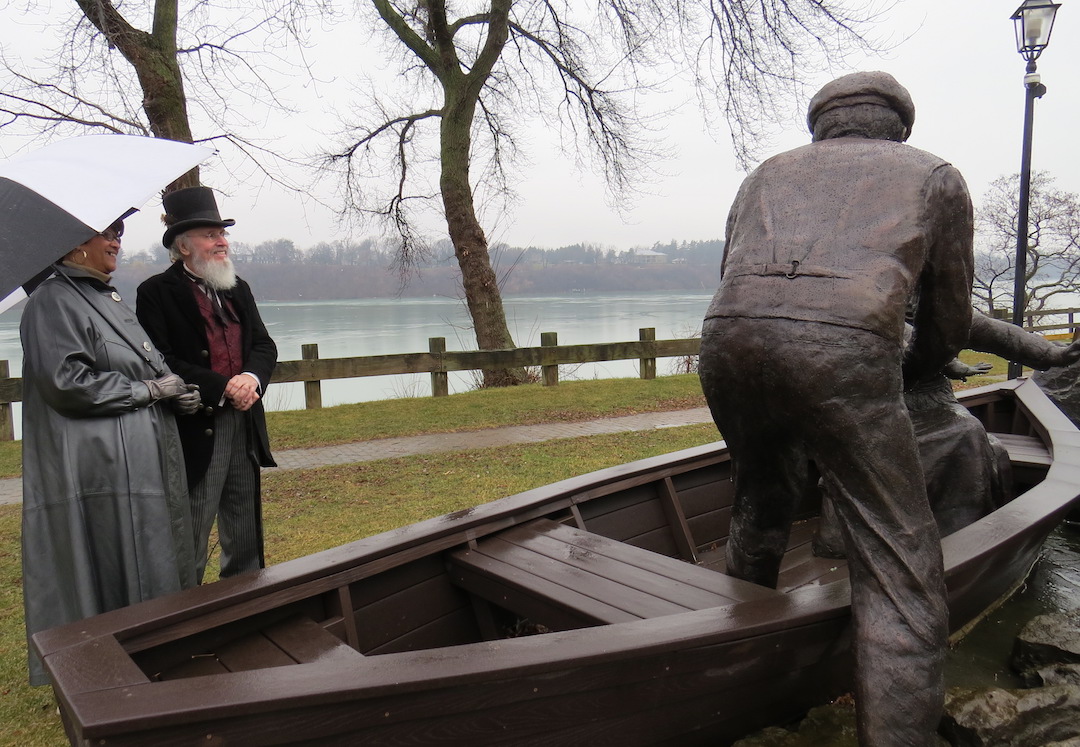 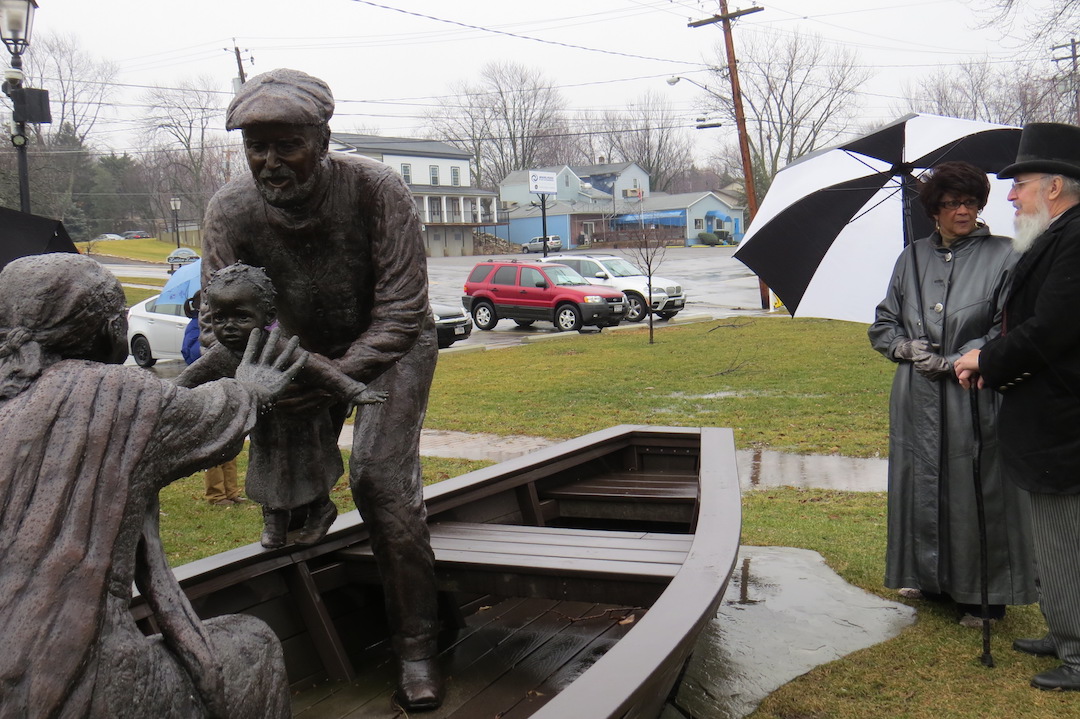 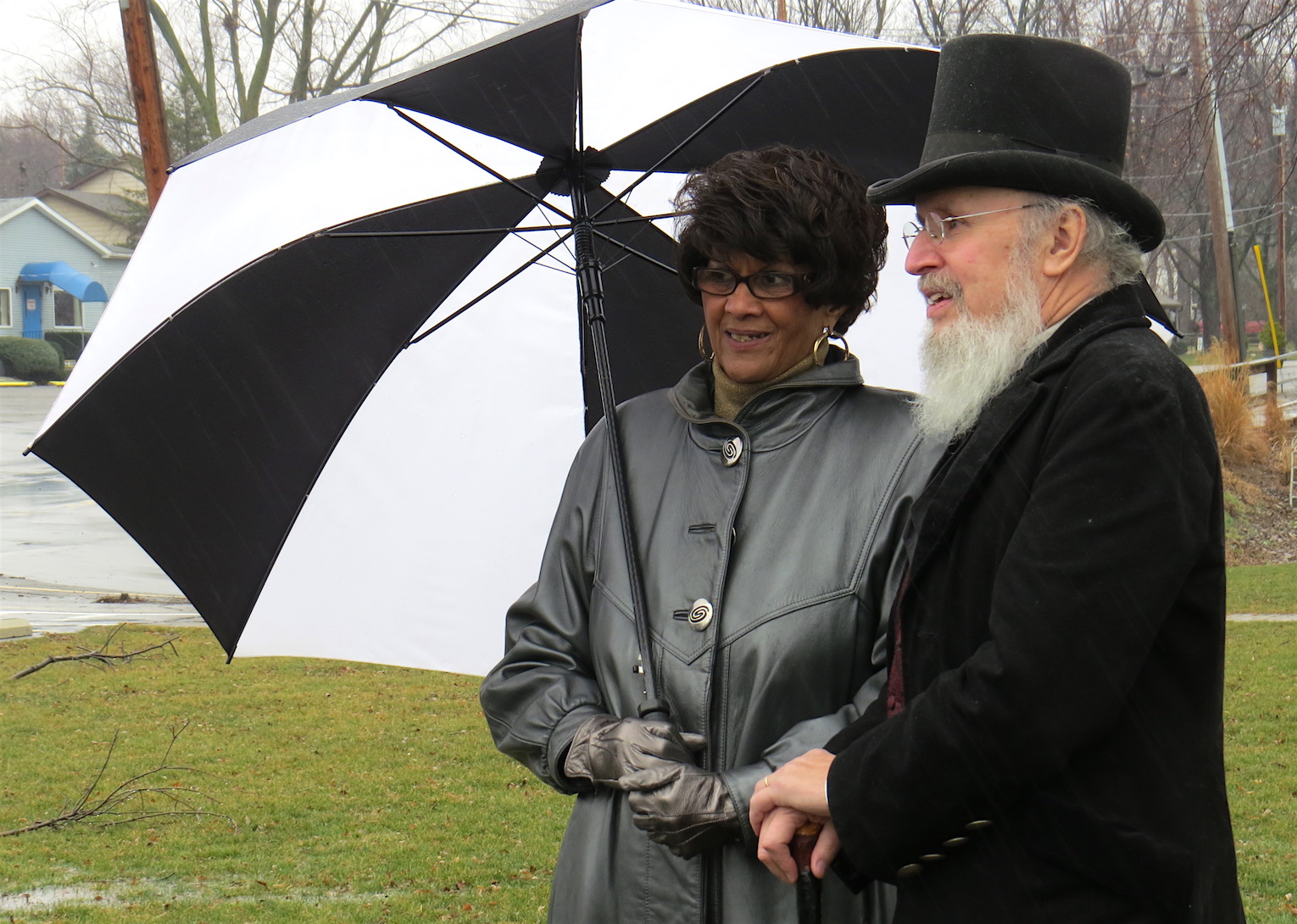 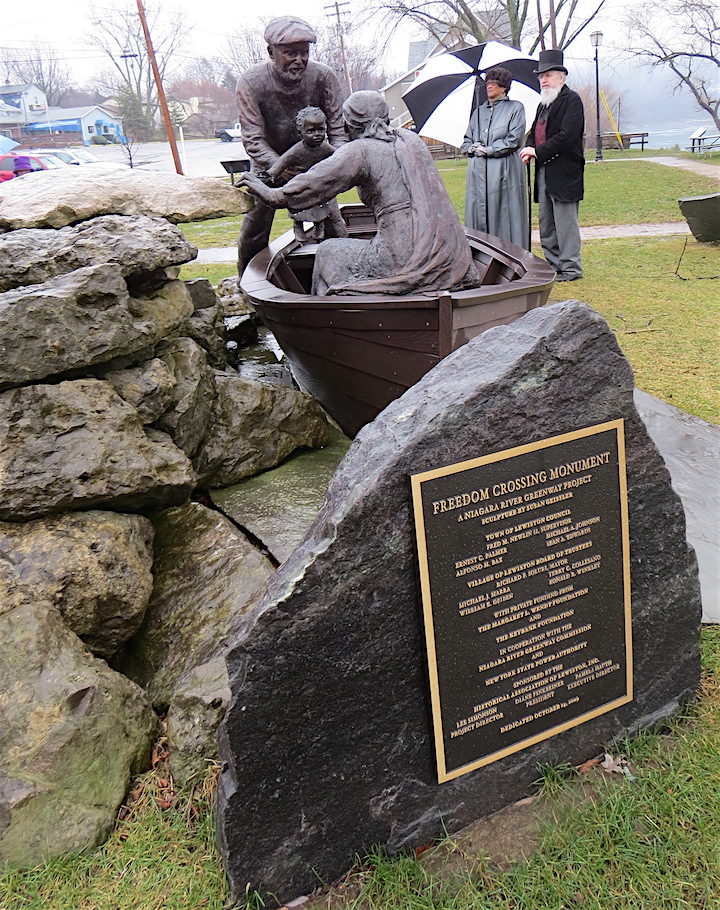 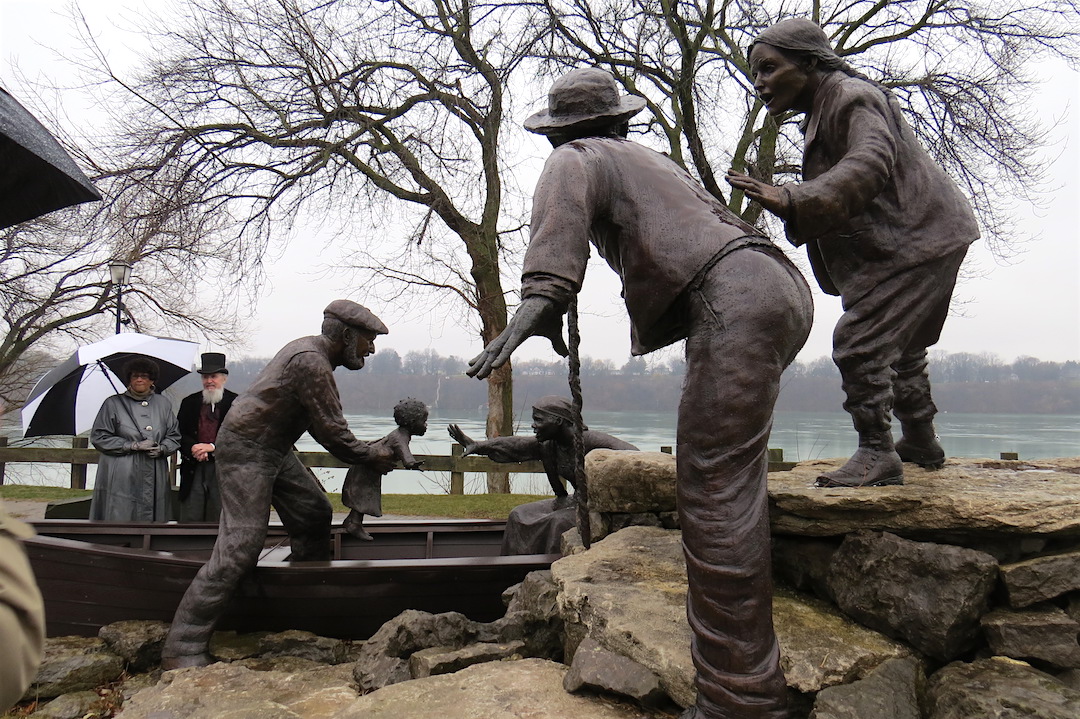 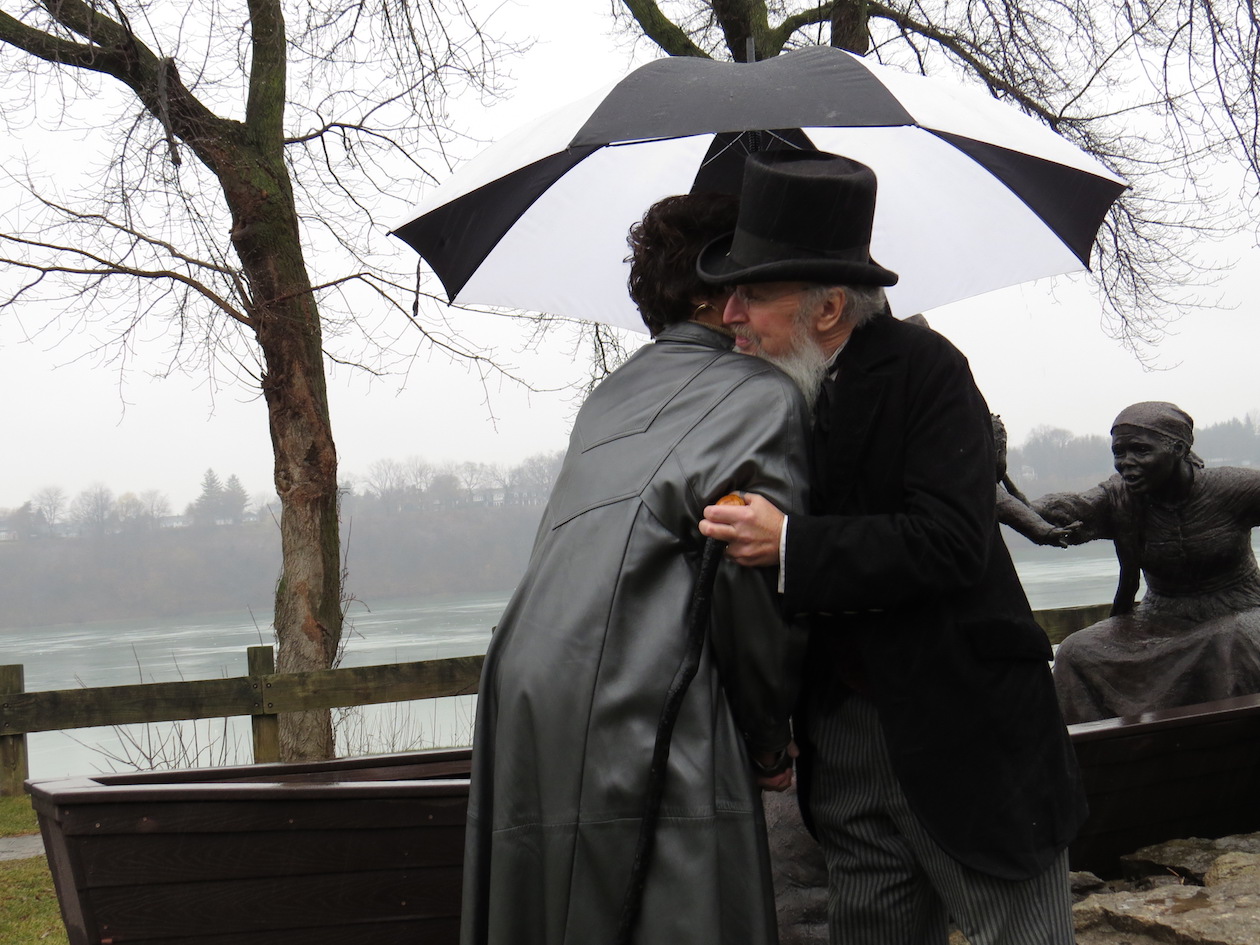 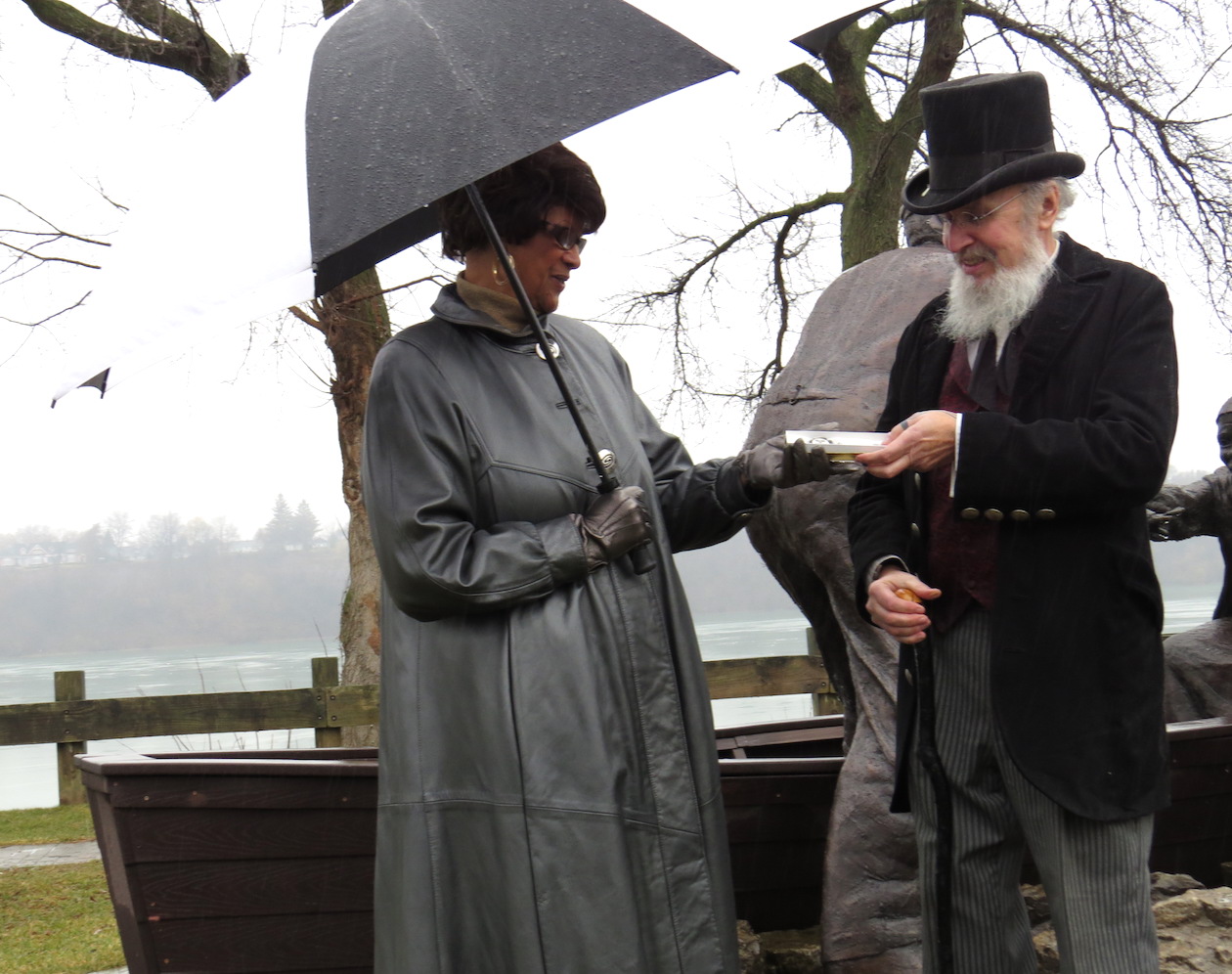 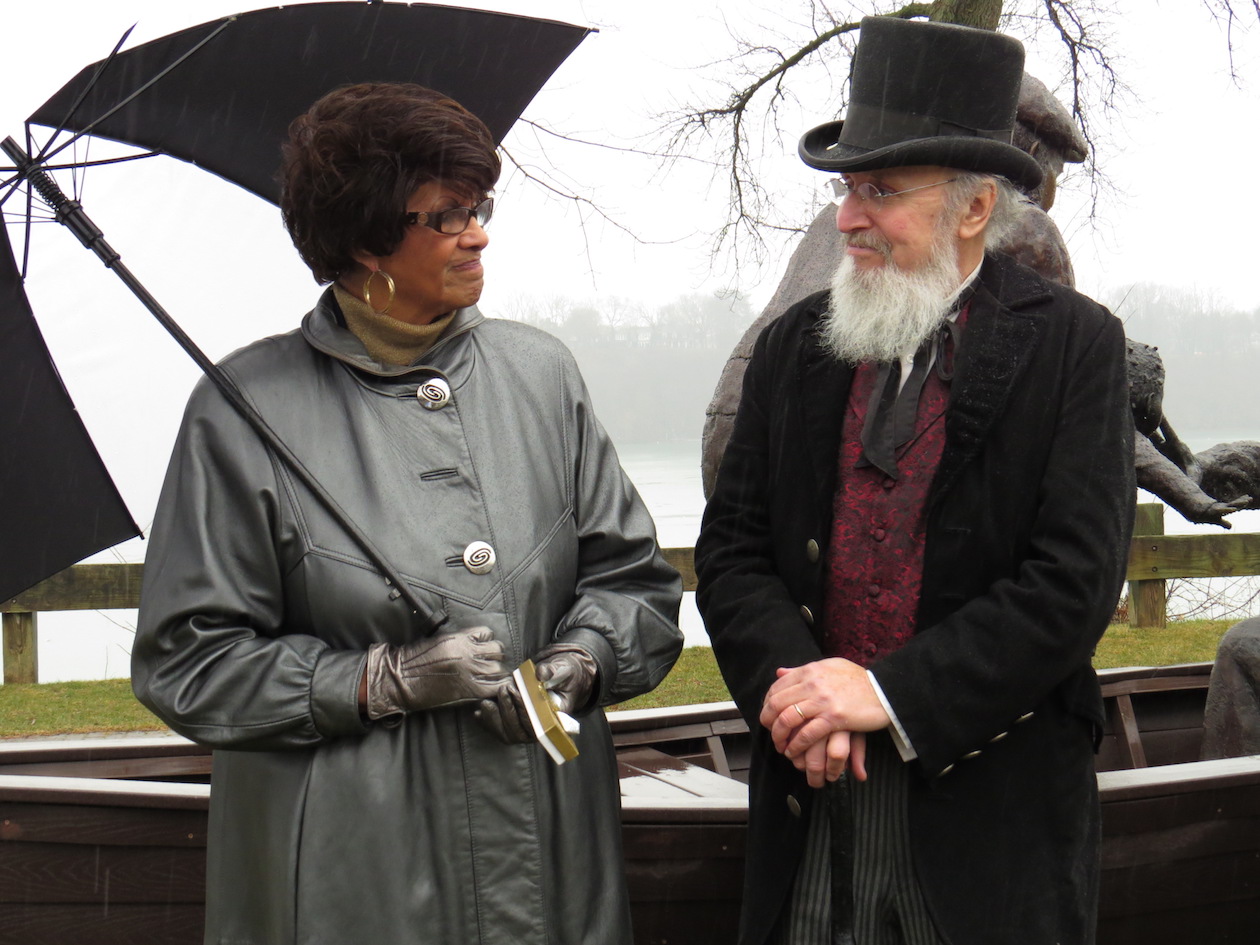