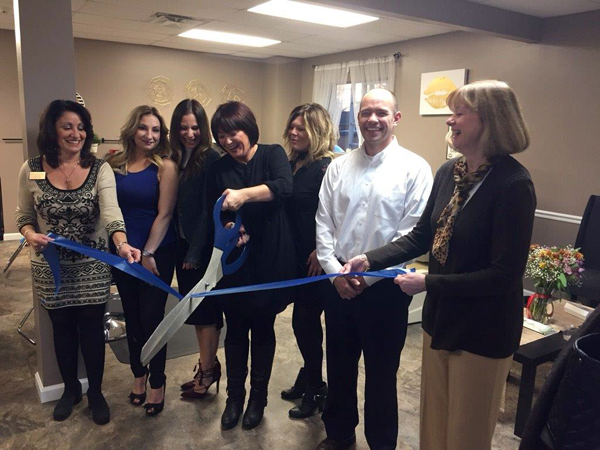 Garfalo's staff consists of Casey Chebat (one of Garfalo's fellow graduates of Salon Professional Academy) as an esthetician, Lisa Migliazzo as a massage therapist, and Maureen McMaster as a hairstylist.

"The girls that are working with me, we've all worked together for 12 years," Garfalo said. "So I called them and I asked them if they would be interested in going into business together, and that's kind of how it took off."
Garfalo previously owned a barbershop on Military Road.

Before owning her own businesses, Garfalo graduated from Niagara/Orleans BOCES in 1999 and then worked as a hair specialist at various local salons.

In 2010, she attended the Salon Professional Academy for Esthetics, where she discovered her love for skin care and other spa services.

Garfalo said she chose to do business is the area because she grew up in the Town of Niagara and attended Niagara-Wheatfield High School. She's always liked the area.

"I am in the middle of Wheatfield, North Tonawanda; 10 minutes from Amherst; and still (about) 10-15 minutes from Niagara Falls," Garfalo said. "So I just like the central location, because I have clients that come from all over. And, I thought, there isn't really another salon-spa in that area right now that's offering spa services. And I thought it would be a nice (addition to the area)."

Those who wish to check out the new salon and spa can stop by from 6-9 p.m. Monday, Dec. 19, for a holiday shopping event. Featured will be vendors selling cosmetic gift sets, jewelry, scarves, purses, winter accessories, and truffles and other holiday snacks. Raffle tickets for product giveaways will be given to eventgoers who purchase Revive Salon & Spa gift certificates.