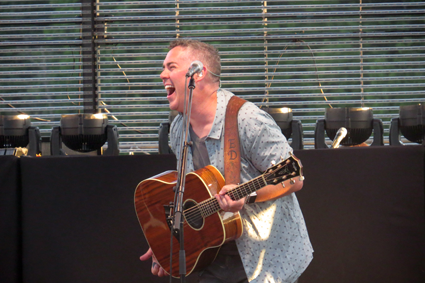 The Barenaked Ladies performed this past summer at Artpark in Lewiston.

Barenaked Ladies live in concert is an experience filled with the kind of energy, precision, finesse and outright celebration that has contributed to the band's remarkable longevity. After nearly three decades, the group has sold over 14 million albums off the strength of such singles as "One Week," "Old Apartment," "Pinch Me" and "Brian Wilson," as well as written the theme song to the hit sitcom "The Big Bang Theory." With the release of their new record, "Silverball," the Barenaked Ladies' latest singles "Say What You Want" and "Duct Tape Heart" became instant fan favorites. (March 1-2)

Joining the March lineup, Canadian rock ambassador Randy Bachman weaves together the ionic hits of the Guess Who and Bachman-Turner Overdrive in a memorable performance of No. 1 singles such as "You Ain't Seen Nothing Yet," "Taking Care of Business," "American Woman," "No Sugar Tonight," "Undun" and "These Eyes." Since his breakthrough 1965 smash "Shaking All Over," Bachman has sold over 40 million records, earned over 120 gold and platinum singles, and has been inducted twice into the Canadian Music Hall of Fame. (March 30-31)

The Fallsview Casino stage will also host critically praised, Grammy Award-winning singer-songwriter Ray LaMontagne for one night only on March 29. Compared to a variety of artists from Otis Redding to Van Morrison, LaMontagne is best known for his signature acoustic riffs and intimate lyrics as illustrated in his top hits "Jolene," "Hold You In My Arms," "You Are the Best Thing," "Three More Days," "Homecoming," "In My Own Way," "All The Wild Horses," "Be Here Now," "Empty" and "Let It Be Me".

Tickets to the March shows will be available starting at noon on Friday, Dec. 2, at the Fallsview Casino box office (on any show date) and at all Ticketmaster outlets. Call Ticketmaster at 1-877-833-3110 or visit www.ticketmaster.ca.