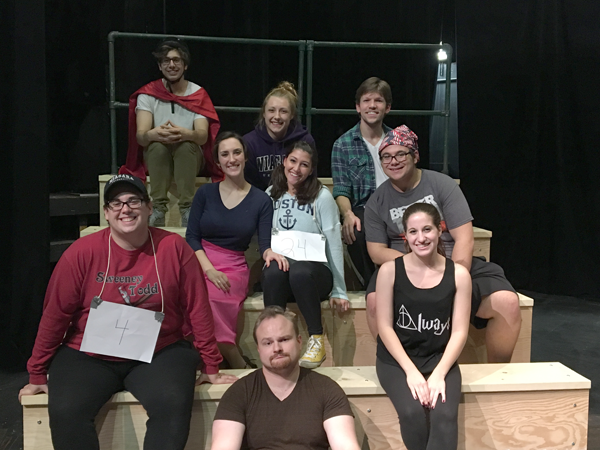 Niagara University has produced many grand musicals in the past. In a typical production, the set is elaborate, the costumes are heavily decorated, and numerous actors are present onstage.

The setting of "The 25th Annual Putnam County Spelling Bee," the upcoming musical at the university, is very simple. There is a set of bleachers, a table with two chairs and a lone microphone in the center of the stage. The costumes are plain but colorful, and there are only nine actors in the entire show.

However, "Spelling Bee" is huge in terms of personality. The nine people onstage are distinct and unforgettable. Each character declares his or her thoughts in song, and the audience learns about the spellers' lives outside of the bee.

"Spelling Bee" incorporates audience participation. During every performance, four audience members will be picked to sit on the bleachers and spell. If they misspell, they are given a juice box and a hug from comfort counselor/parolee Mitch Mahoney (played by Charles McGregor); they are then escorted offstage, and may return to their seat in the audience.

The words that audience members could be asked to spell range in difficulty from "cow" to "lysergic acid diethylamide." All spellers may ask for the definitions of the word, the use of the word in a sentence, and the word's language of origin.

Six student actors portray kid spellers, while three act as adult characters. Kayla Storto, a junior with a double-major in English and theater performance, plays Rona Lisa Peretti. Rona is a former spelling bee champion who acts as a moderator during the bee.

"Rona was a spelling competitor herself, so she actually knows what it's like to be in the seats as a contestant," Storto says. "It's kind of like being a speller and seeing what a speller can become, and she's the best of the best."

The cast researched spelling bees extensively throughout the rehearsal process.

"We watched some final rounds of the National Spelling Bee," Sabrina Kahwaty recalls. "We also watched a documentary that followed how kids studied for it. It requires as much commitment, dedication and discipline as any sport."

"The research that we went through in the beginning (of rehearsals) opened up a new perspective for all of us about spellers," David Wysocki says. "We had a much deeper respect for them. We were cheering for them when we watched those videos; we were always excited to see who won."

"I'm actually dyslexic, so I've always taken an interest in spelling bees, just because I could never do them," Ronnie Stewart states. "Since this (show) started, I had a much deeper appreciation for them." 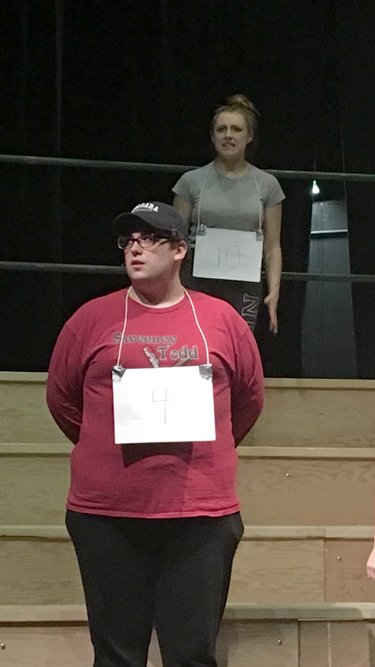 "I definitely have a new appreciation for championship spellers," Shelby Ehrenreich says. "You don't understand how much pressure spellers are under until you are up at the microphone."

"She's very intelligent, but she doesn't know much about the outside world. She had parents who didn't focus on raising her; they focused on themselves more," Ehrenreich says. 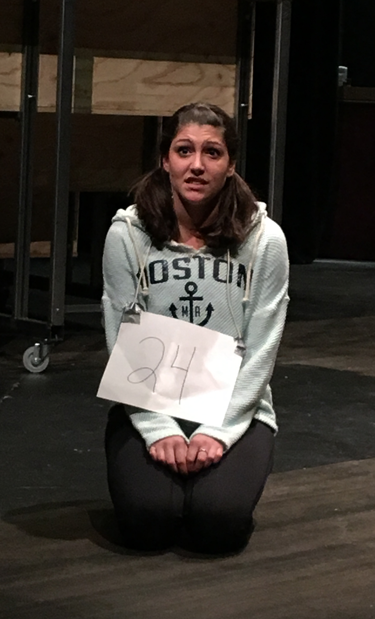 When asked what how old the audience should be to appreciate "Spelling Bee," the cast gave a wide range of answers.

"Everybody can come to this," Dylan Zalikowski says. Zalikowski, a senior with a double-major in theater performance and philosophy, plays Leaf Coneybear, an energetic and creative speller who wears a cape and a helmet. "Although a little bit risqué, I think any family would appreciate this, because we aren't being explicitly vulgar. We're just doing very vague things; it's going to be a PG show." 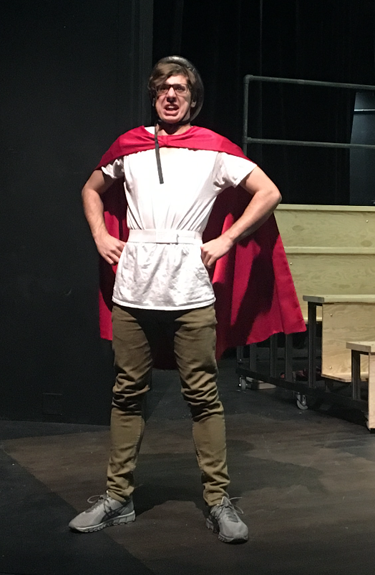 Kahwaty says anyone older than a junior or senior in high school can appreciate the show. "It's edgier - it's pushing the envelope a little bit. It's not for little kids. They wouldn't get the inappropriate humor."

"I think this is a show for anyone in middle school and up; around 13 or 14 years old to 60 or 65. There is something in this show for everyone," Ehrenreich says. "I think a wide range of viewers will enjoy the performance."

"It's really for people of all ages," Storto notes. "There are a few songs that might go over some children's heads that parents might not want them to hear. But I think it's a show that can range from middle school kids to someone up to 90. It's a great show."

"We all can relate to this show," Wysocki says. "Everyone has something special in this show. Everyone has a great moment that shows a unique side that we (the theater department) haven't seen in a while."

The department cautions, "Some material in 'The 25th Annual Putnam County Spelling Bee' may not be appropriate for all children. The play is a sweet and amusing look at growing up, and the preteen contestants do engage in some, but not much, naughty language. There is also a frank, but funny, puberty moment about a contestant's inability to concentrate because of his wayward hormones."

"The 25th Annual Putnam County Spelling Bee" runs from Thursday, Dec. 1, until Sunday, Dec. 11. Tickets are $15 for Niagara alumni, employees, members of Friends of NU Theatre, seniors and youths 21 years of age and under. All other tickets can be purchased for $20. Current Niagara University students get one free ticket.