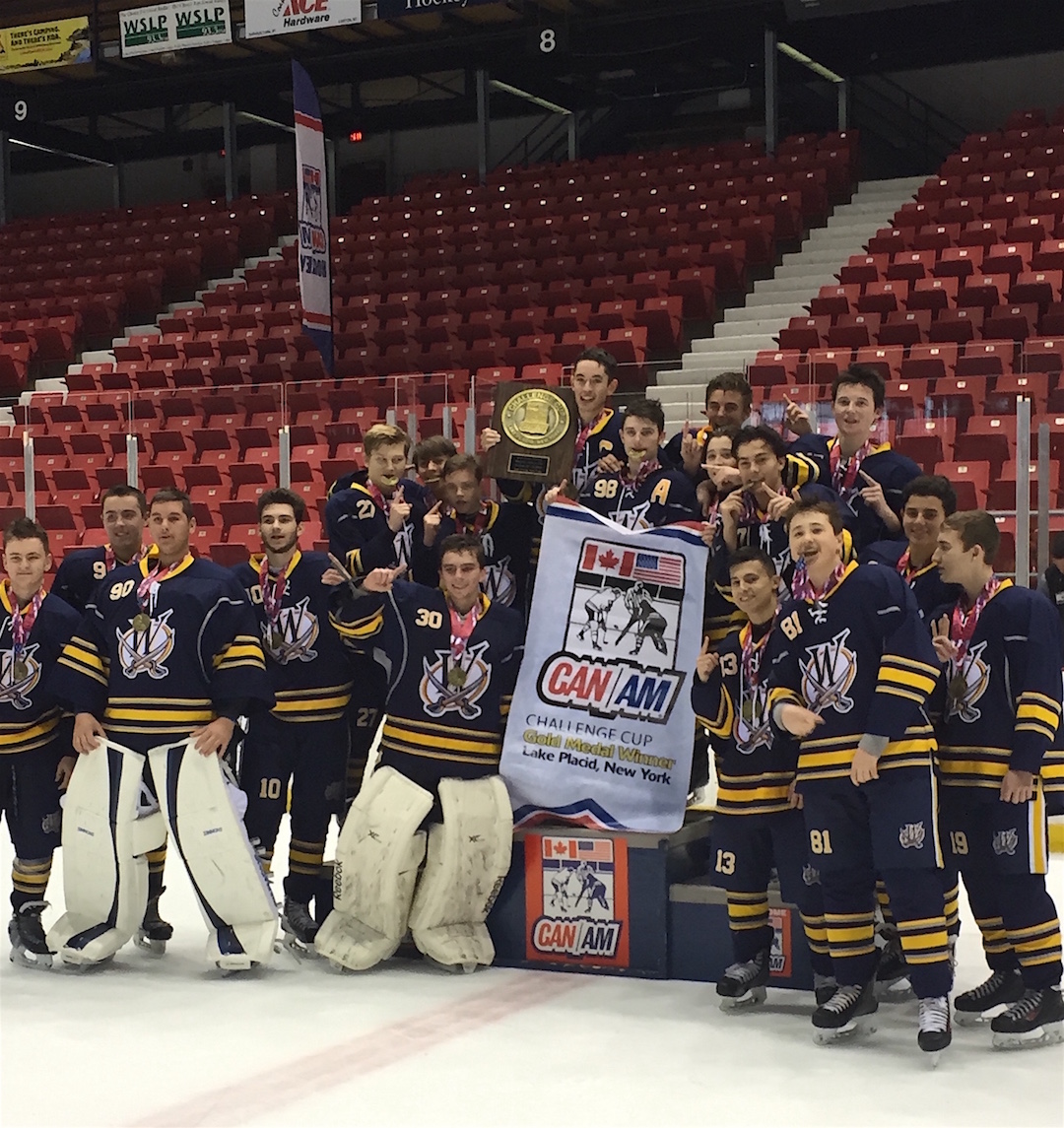 The Wheatfield Blades 16U AA team went 4-0-1 and defeated the Guelph Jr. Gryphons in the gold medal game on Oct. 30 to win the CAN-AM Challenge Cup in Lake Placid.

Justin Helms was solid in goal for the Blades during the game and finished second overall in the tournament goaltender skills competition.