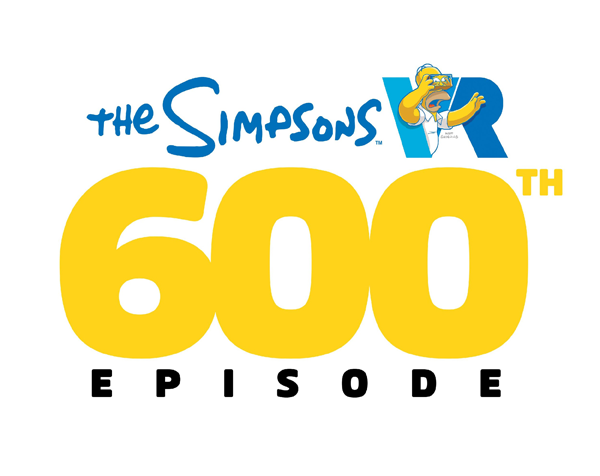 To be featured in landmark 600th episode, 'Treehouse of Horror XXVII'

Fox Broadcasting Co. and "The Simpsons" worked closely with the Google Spotlight Stories team to create a special virtual reality experience for "The Simpsons" couch gag, "Planet of the Couches," in the milestone 600th episode of the animated series. The all-new "Treehouse of Horror XXVII" airs Sunday, Oct. 16 (8-8:31 p.m. ET/PT), on FOX.

"At first we had concerns about working with Google, because we didn't know who they were, but then we googled the company and were very impressed," Homer Simpson said.

"It's a thrill to be associated with Google, and not only because they have perfected the quality of their cafeteria food - especially those little sausages," "The Simpsons" producer James L. Brooks said.

"Spotlight Stories is all about pushing the boundaries of interactive, mobile storytelling. Having a chance to build an immersive story with one of the most iconic and beloved shows of our time was an honor and thrilling challenge," said Jan Pinkava, creative director, Google Spotlight Stories.

"We are thrilled to collaborate with 'The Simpsons' and Google Spotlight Stories on this milestone virtual reality experience. This is another example of how FOX is able to leverage innovation to deepen fan engagement and strive to bring interesting opportunities to our production partners," said Angela Courtin, executive vice president and chief marketing officer, FOX.

There will be 25,000 limited edition Google Cardboard viewers available for order on a first-come, first-served basis, featuring one of the five main characters from "The Simpsons" - Homer, Marge, Bart, Lisa and Maggie - with a customized 600th episode "Treehouse of Horror XXVII" slipcover, beginning today at simpsonscardboard.com (U.S. only).

"Planet of the Couches" takes the viewer on a completely immersive VR experience. In this VR "couch gag," the world of "The Simpsons" is extended 360 degrees, an augmentation of "The Simpsons" 600th episode, unprecedented in television history. The audience is able to enter and explore the universe of "The Simpsons" with multiple viewings yielding different results.

The longest-running scripted show in television history, "The Simpsons" exploded into a cultural phenomenon in 1990 and has remained one of the most groundbreaking and innovative entertainment franchises, recognizable throughout the world. Currently in production on its record-annihilating 28th season, "The Simpsons" has won 32 Emmy Awards, 34 Annie Awards, a 2016 People's Choice Award, was the first animated series to win a Peabody Award, and was nominated for an Academy Award in 2012 for the theatrical short "The Longest Daycare."

"The Simpsons Movie" was a hit feature film, the mega-attraction "The Simpsons Ride" at Universal Studios has received historic expansion updates with the addition of "Springfield," and the show was honored with a Star on the Hollywood Walk of Fame in 2000. It has been named the "Best Show of the 20th Century" by Time magazine, and called the "Best TV Show Ever" by Vulture in 2016.