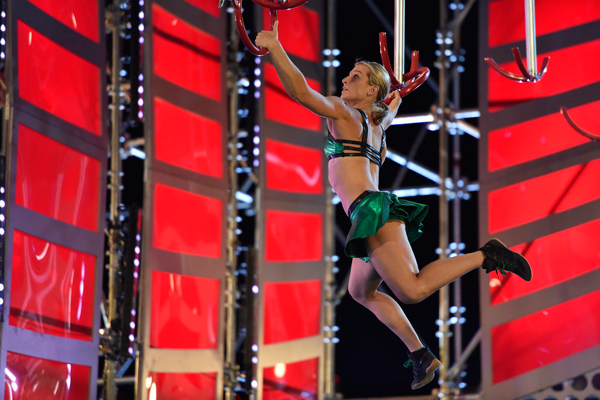 Coming off a season where it drew its most-ever total viewers and earned its first Emmy Nomination, the 'Ninja' phenomenon rolls on

"American Ninja Warrior," which has become a cultural sensation, ratings powerhouse and first-time Emmy Award nominee, has been renewed for a sixth season on NBC and Esquire Network.

"The increased popularity of 'American Ninja Warrior' on air, as well as its growing social and cultural impact, is a testament to the athletes who push themselves beyond their limits," said Paul Telegdy, president, alternative and reality group, NBC Entertainment. "We couldn't be more proud to see this show reach new heights and watch the affect it has on those who compete and strive to be their best."

The season finale of the 2016 season airs tonight at 8 p.m. ET, with an encore presentation on Esquire Network on Tuesday at 8 p.m.

The big story of this season has been the amazing number of women competitors who joined the ranks. Most notably was Los Angeles stuntwoman Jessie Graff, who became the first woman to complete stage one in the Las Vegas finals shows.

The series continues to grow in popularity, as submissions reached an all-time high of 70,000 last spring. Reaching out to interact with its ever-increasing fan base, this past season the show traveled to five cities with new locations, including Universal Studios in Los Angeles, Atlanta, Indianapolis, Oklahoma City and Philadelphia.

"We are in constant awe of the extraordinary athletes on 'American Ninja Warrior' who make the show as exhilarating to watch as it is to produce," said Adam Stotsky, president, E! and Esquire Network." "It is incredibly exciting how the series has evolved from an unconventional Japanese game show with a cult following to the global hit phenomenon that it is today in partnership with NBC - and we are looking forward to many more seasons to come."

"American Ninja Warrior" is averaging a 2.1 rating and 7.2 million viewers overall so far this summer in "most current" averages from Nielsen Media Research, and is currently delivering its most-watched season ever in total viewers. "Ninja" has been a top-10 series this summer among primetime programs on the "Big 4" networks in every key ratings measure — adults, men and women 18-34, 18-49 and 25-54, plus total viewers — as well as kids 2-11 and teens 12-17.

The action-packed series follows competitors as they tackle a series of challenging obstacle courses in both city qualifying and city finals rounds across the country. Those who successfully complete the finals course in their designated region move on to the national finals round in Las Vegas, where they face a stunning four-stage course modeled after the famed Mt. Midoriyama course in Japan. One winner can take home a grand prize of $1 million.