City of North Tonawanda Mayor Arthur G. Pappas, along with members of the city's Common Council, held a ribbon-cutting ceremony to highlight the bike path extension and two new kayak launches in the city.

"I am very excited to see the completion of the bike path and to see the kayak launches in place," Pappas said. "The canal is an integral part of our community and, now, with these projects completed, people can use their personal watercraft on the canal or you can ride your bike and watch those on the water."

Funding for the projects was acquired through grants given by the Lumber City Development Corp.

"It is so great to have more public access to our waterfront while providing increased recreational activities for residents and visitors," said Lumber City Development's Executive Director Michael Zimmerman. "It truly makes North Tonawanda a great place."

Lumber City Development helped administer $289,414 in funds for the bike path, with half coming from the New York State Canal Corporation and the remainder coming from the city.

The bike path extension is 6,000 feet long and begins before the intersection of Payne Avenue and Sweeney Street, ending at the entrance of Mayor's Park.

Half the funds for the kayak launches were provided by the New York state Department of the State with the difference coming from the city. The total cost was $142,700.

One of the launches is located at Niagara Street and Sweeney Street and the other is stationed at the Botanical Gardens, with a dock at Gateway Harbor Park. 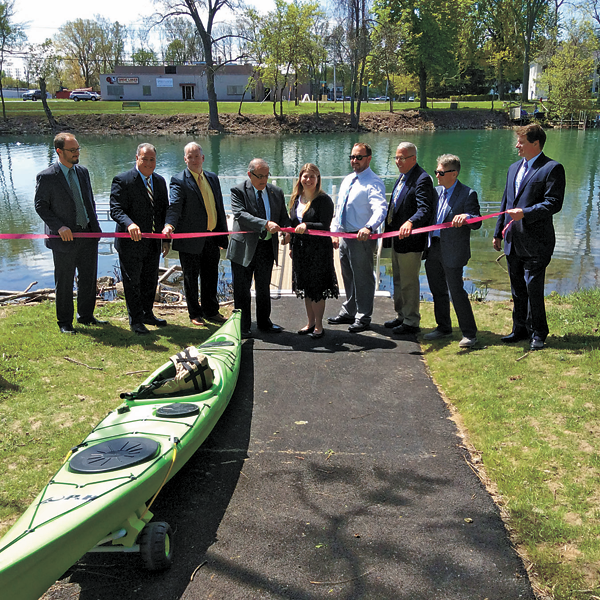