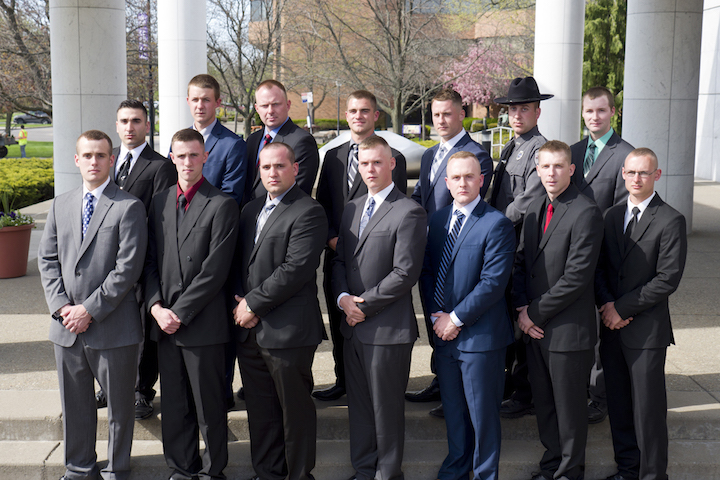 A Lewiston native, Roemer's father was a New York State Police trooper. Roemer said he liked that his father wore a police uniform and carried a gun, but "never appreciated that he could get hurt." That changed when Roemer's mother received a call informing her that her husband had been injured while working part-time as a New York State Park Police officer.

"I learned that being a police officer was a dangerous job," said Roemer, who has taught as a senior lecturer in Niagara University's criminal justice department. "But I always believed my dad would come home safe every day."

*Russell began the academy as pre-employment recruit and was hired by the Middleport Police Department last month.

John Dowd, the academy class president, said the training and guidance of the NCLEA's co-directors helped solidify his career aspirations.

"I can speak for myself in saying that I wasn't sure where I wanted to go in life," he told the audience. "After being in the company of so many amazing instructors and the knowledge they brought to us, it showed me the path that I want to walk."

"You should be extremely proud of yourself and the progress you made from your first day of class," Shultz told the graduates. "You all have great potential and we are confident your potential will be fulfilled."

Roemer noted, "You have all shown that you have what it takes to be terrific law enforcement officers and public servants - and I congratulate you."

Niagara University is the only four-year, private college in New York to host a full-time police academy. Coordination of the program on Niagara's campus is undertaken by the university's office of continuing education and criminal justice department. For more information about the Niagara County Law Enforcement Academy, call 716-286-8759 or email [email protected].