Houston, we have a problem

All across the Houston area has faced more than a foot of rain since Monday morning, with flooding low-lying areas all across the region. Officials were forced to shut down the bus and rail services and close down schools and government offices earlier that day.

Authorities had been describing extremely dangerous weather conditions. "This is a life-threatening emergency," said the city on an emergency website. "Houston residents should avoid travel at all costs today."

Sylvester Turner, mayor of Houston, told reporters no injuries or deaths were reported early that Monday morning, but there were more than 400 people who needed rescuing.

While the rescues were taking place, a total of seven bodies were found dead.

Ruy Lozano, fire department spokesman, told CNN crews were sent into high waters to rescue those trapped in their homes and attics. The water was so deep that the crew's high-water vehicles couldn't reach, so they were forced to use boats instead. Crews performed nearly 1,200 high-water rescues by the end of Monday afternoon. 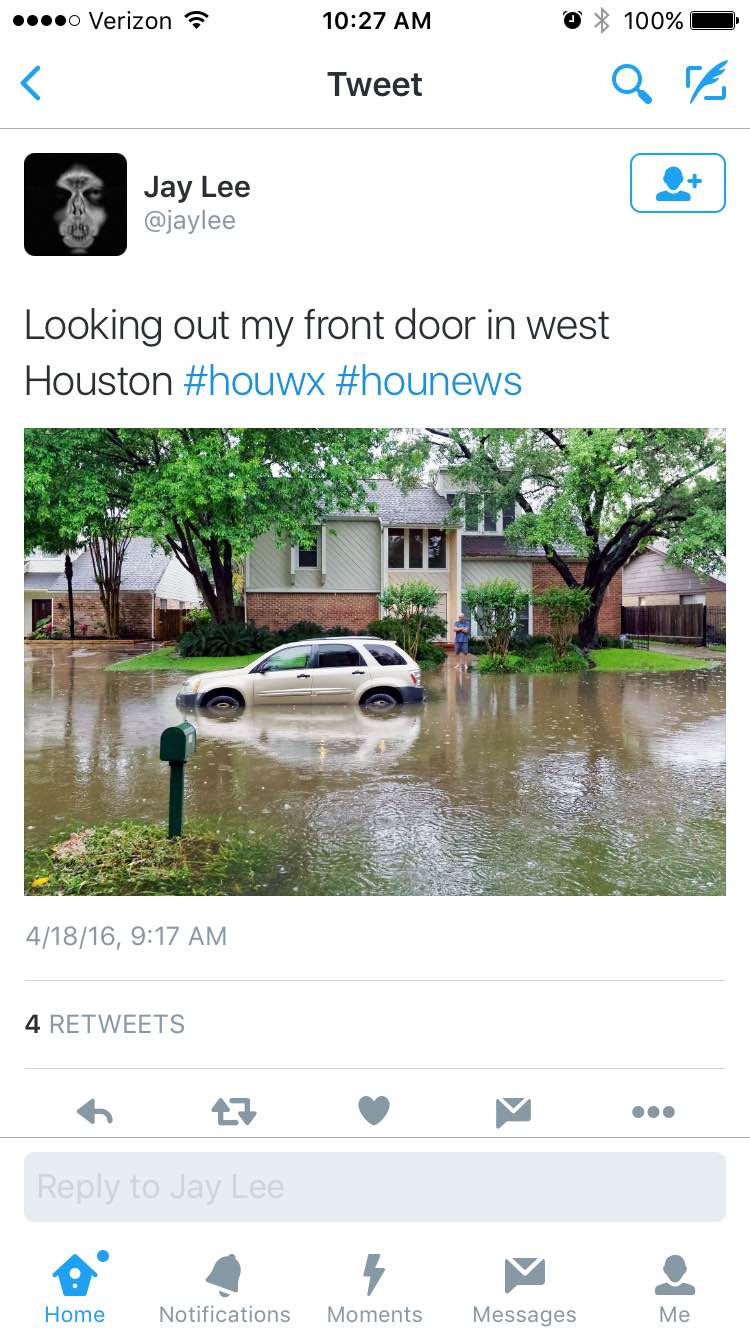 At least 1000 homes in Harris County had flooded, according to County Judge Ed Emmett. Nine hospitals in the area closed down to additional patients and portions of the I-90, along with many other roads in the metropolitan area, were closed off due to the flooding and "severe and ever worsening weather conditions."

Emmett had estimated almost 240 billion gallons of rain had fallen on the Houston region by the end of that afternoon. He called it the most significant flood event since Tropical Storm Allison in 2001, causing more than $5 billion in property damage in Harris County alone and leaving 41 people dead. 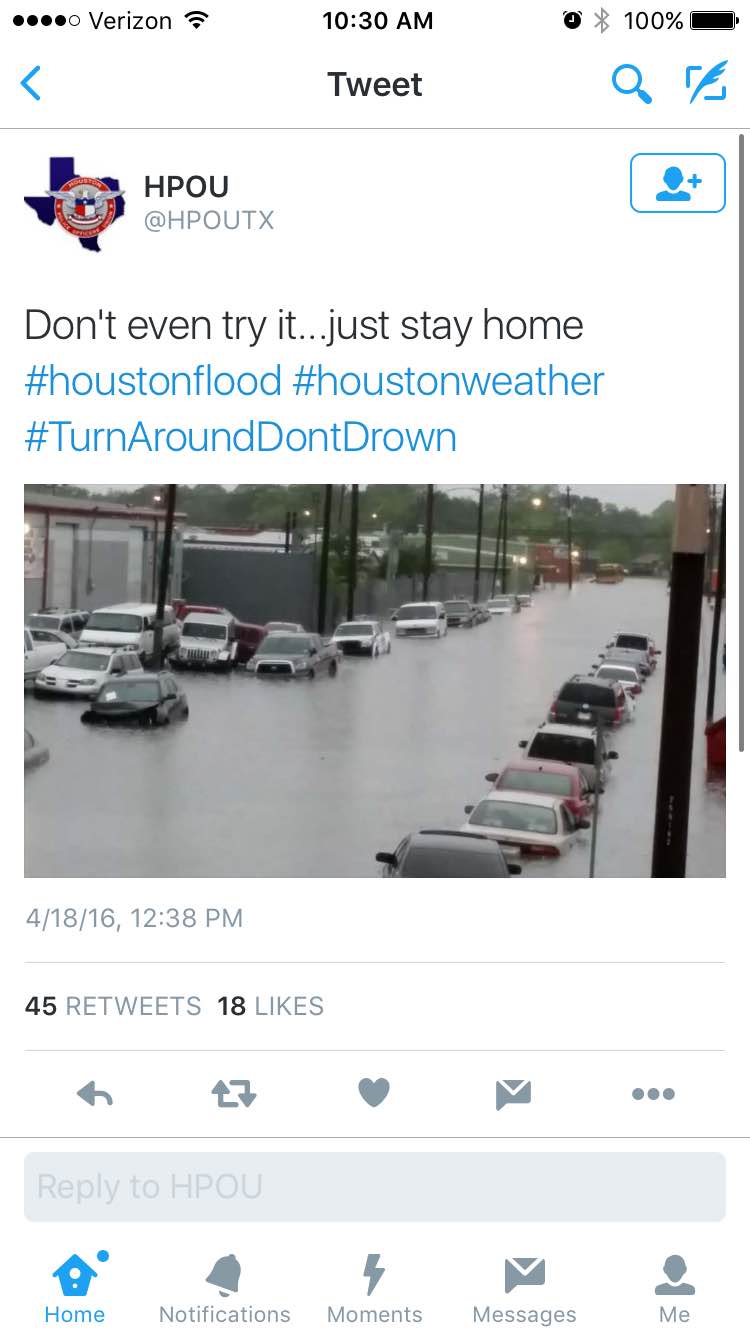 CenterPoint Energy reported 88,000 homes and businesses were left without electricity, down from a peak of 123,000 earlier in the day.

Flash flood warnings were posted for almost two-dozen Texas counties across the southern part of the state, including Houston and Austin metropolitan areas. The flood watch warning was in place through late Tuesday.

The link to the coastal flood warnings page is:

These weather conditions were the result of nearly stationary area low-pressure stalled over the western United States. According to CNN Meteorologist Sean Morris, this allowed moisture from the Gulf of Mexico to flow into Texas over a couple of days.

Houston Flooding By The Numbers: