Bia, the Perico Princess, came from the 'hood' to make her way to Hollywood

On Aug. 16, 1991, the talented female rapper Bianca Landrau was born. The 24-year-old goes by the name of Bia, or the Perico Princess. So far, she has worked with T.I., The Clipse, Big Sean and Pharrell Williams.

Bia took female rapping to a different level of "gangsta." From the beat to her hard lyrics, she is unlike any other female rapper. Her music is a mix of trap and modernized hip-hop.

You could say Nicki Minaj inspired Bia in the sense that they both come from what we know as the "hood." Witnessing someone in her shoes completely alter their situation was the start of Bia's ambition as a rapper.

Medford High School brought up the Princess, who says, "I don't really look at any one like competition, because the lane I'm creating is not there yet." The genre of her music is rap but, from her style to her beats and lyrics, she stands out. One of her friends, by the name of Aaron Goodrum, describes Bia as, "a young, charismatic woman with a savvy street side." 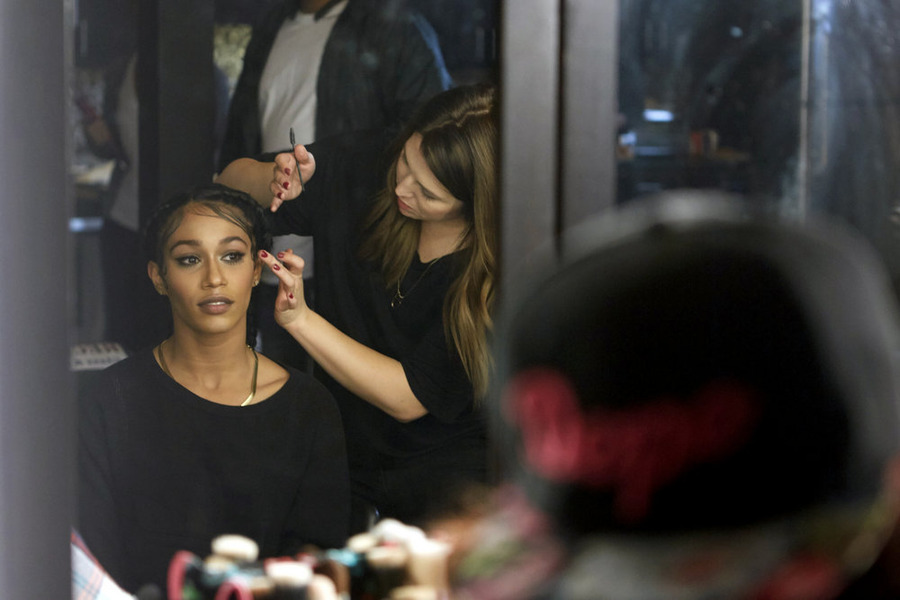 As Bia tells it, "I've always been a super music head."

Music has always been relevant in her life. She was always writing. One of the women she mentioned, Minaj, having come from almost the same circumstances to do it big, inspired Bia to want to do something special.

On May 28, 2012, Bia's first YouTube video, titled "High," was produced by a fan from Dallas. The fan actually found Bia on Twitter and sent her some beats to lay some bars on, and it ended up catching the eyes of some big people.

The cameraman for the video was someone from "around the way" who the artist paid $280 to shoot the video. The Princess said, at that time, it was a lot of money for her and she was hoping to find someone to do it for free.

The video did the unexpected and caught Famlay's attention. Famlay is a writer and ex-rapper known for his lyric skill associated with the Neptunes. Famlay then reached out to Bia with an interest in her music and later, after being introduced to Pharrell and the two collaborating, she was signed.

Bia is now an official recording artist for Pharrell's record label, "I Am Other," along with Cris Cab and a couple others.

As the rapper awaits her big break, or what she described as "having major songs on the radio at one time," she costarred on reality television in "Sisterhood of Hip Hop." The Princess used the television show as a platform, or an opportunity to voice one's views and put oneself out there. This show is on the network Oxygen.

Today, it seems the rapper is done with reality television. Starting on April 28, the Princess will be touring the West Coast with Iamsu, Modsun and Gravez, from California to Washington. The tour is known as the "Eyes on Me" tour.

Though the artist is touring with others, she said her main goal is to get her own tour within the next couple of months or year.

When Bia gets a break, she catches up with her family and runs errands. Life as a rap artist always on the go is hectic.

"Sometimes I don't go to sleep," she said. "Sometimes I run off of four hours of sleep in two days."

There are good and bad sides to the music business. Bia said she will have rehearsals, video shoots, photo shoots and meetings back to back. She does not get much free time. And "The politics and the secret world" is one thing Bia said she dislikes about the industry.

In quoting Kanye West, she said, "I know a lot of artists that's heart has been broken." People are not who you thought they'd be. Everything is not what it seems.

"That is why you have to educate yourself. The best advice I can give would be to utilize the tools you have," like the internet," Bia said. Nowadays, you don't have to be signed to a record label to release your music or put it out there.