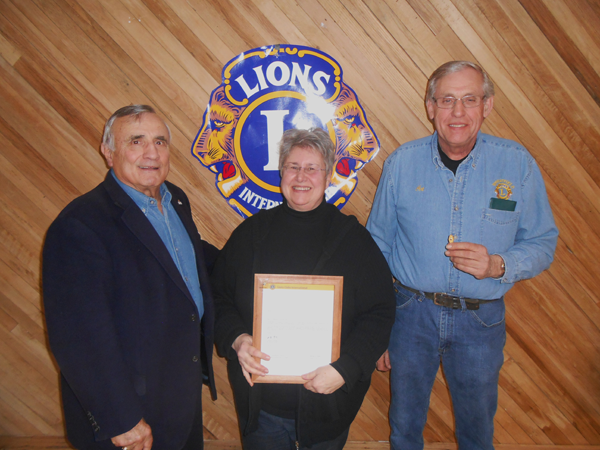 The Town of Wheatfield Lions Club honored two of its members at its meeting on March 3.

Lion Barbara Elzer-Michno received a 10-year-service pin and certificate. She was the first woman to officially join the branch in 2006.

The club's treasurer, Art Kroening, received the membership advancement key pin for his efforts in assisting and guiding two new members in the last year.