Two teams in the Buffalo Jr. Sabres Youth Hockey Organization won USA Hockey New York State Amateur Hockey Association Championships. The Jr. Sabres 18U and Bantam Major 14U teams both claimed the top spot in their respective divisions at the state championships this past weekend at the Northtown Center in Amherst.

"This was a tremendous weekend for the entire Buffalo Jr. Sabres organization," said Kevyn Adams, president of the Jr. Sabres. "The accomplishments of our teams at the 14U and 18U age levels is a result of the hard work that our athletes have put in to maximize their development opportunity. The success of these two teams provides an example for every player in the organization as we continue to grow and further establish ourselves as a hockey development destination." 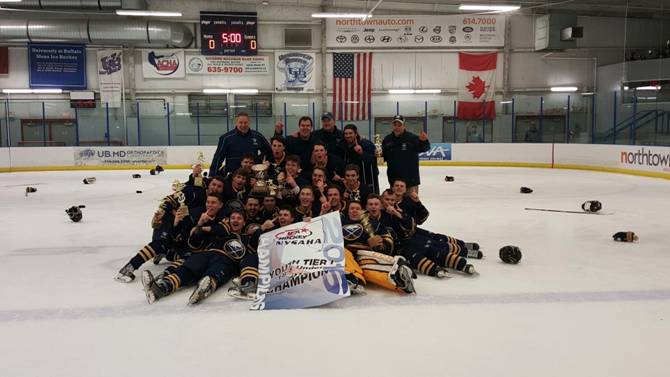 The Jr. Sabres 18U team won its second straight NYSAHA championship, capping off the state tournament with a 6-2 win over the Long Island Gulls in the championship game. The hockey club advances to the USA Hockey 18U National Championships March 31 through April 4 in San Jose, California. The 18U squad posted a perfect 5-0 record at the Northtown Center in Amherst, with an unbeaten opening round followed by exciting victories in the semifinal and championship games. 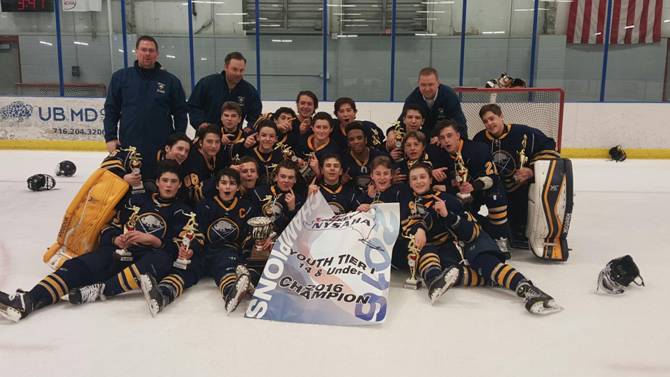 The Bantam Major 14U team posted a perfect 3-0 record through the round-robin preliminary round of the NYSAHA championship tournament, before going on to wins in the semifinals and finals. The squad capped off the tournament with a 4-0 win in the championship game over the Syracuse Nationals. The Jr. Sabres 14U team will now compete in the USA Hockey National Championships in Anchorage, Alaska, March 31 through April 4.