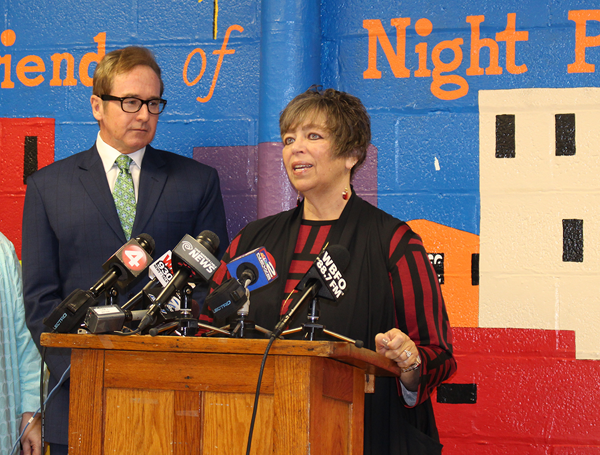 Congressman Brian Higgins has announced more than $7.75 million in federal funding to support efforts to end homelessness in Western New York. The federal funding will be provided through the U.S. Department of Housing and Urban Development.

"This funding will allow us to continue to make great strides in efforts to see that every Western New Yorker has a place to call home," Higgins said. "The credit goes to each of these local agencies providing critical resources for the homeless and making a real difference in the lives of those they serve."

Homeless Alliance of Western New York Executive Director Dale Zuchlewski said, "I'd like to thank Congressman Higgins for his continued support for federal funding for homeless services. Six-thousand people experienced homelessness in the Erie-Niagara region last year and these funds help restore their lives through needed supports and housing."

"We wish to thank HUD and the federal government for its ...continued support of our efforts to make a difference in the lives of the people we serve," added Marlies Wesolowski, executive director of the Lt. Col. Matt Urban Human Services Center of WNY. "Having a roof over one's head and a place to call home can sometimes make the difference between life and death, success or failure."

The federal funding provided through the U.S. Department of Housing and Urban Development will support projects led by 15 local agencies: 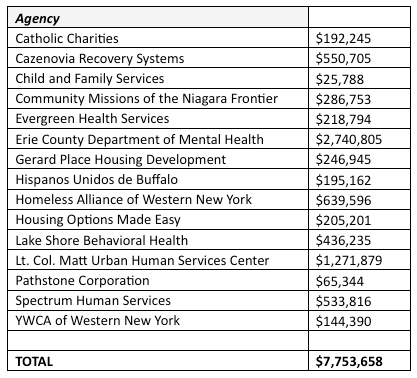 Community Missions of the Niagara Frontier received $286,753 to fund its rapid rehousing program. This funding represents the first award for the Niagara Falls agency.

"Community Missions is pleased with this rapid rehousing grant award," CMI Executive Director Robyn Krueger said. "These funds will go a long way to help provide more stable housing for Niagara County residents. CMI is excited to be a partner with HUD and grateful for the congressman's support to benefit all of his constituents."

Community Missions has conducted rapid rehousing on a smaller scale in previous years, thanks to funding from Niagara Falls Community Development. In 2015, the mission provided more than 10,000 nights of shelter through its crisis housing programs, serving a total of 684 individuals.

In addition to general support for homeless families and individuals, many of the agencies are targeting specific underserved or high-need populations, including those with mental illness, victims of domestic violence, single parents, individuals with disabilities, the homeless dealing with substance abuse and people with chronic medical conditions.

The Homeless Alliance of Western New York stated that, in 2014, an estimated 1,115 people in the Erie-Niagara region were homeless on any given night (940 people in Erie County, 175 people in Niagara County). 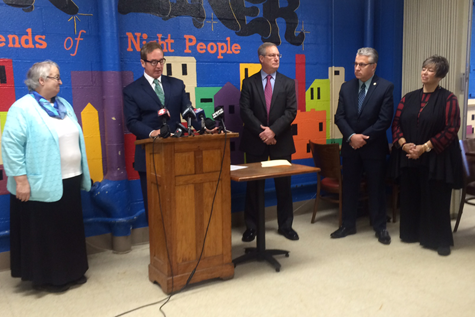