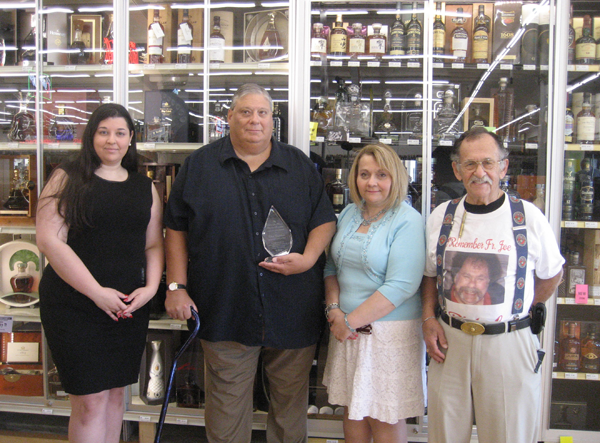 On Wednesday, the Father Joe Moreno Memorial Foundation proudly presented SuperMarket Liquors & Wines owner Christopher Castellani with an award for his dedication and generosity as a sponsor of the foundation's annual Walk to Remember.

Since its inception in 2013, the foundation has acted to carry on the works of Father Joe, who passed away in 2012. Father Joe's work with the poor, the sick, the elderly and those in the throes of crisis and tragedy made him a legendary figure throughout the state of New York.

Castellani has been overwhelmingly supportive and generous for the past three years as a sponsor.

On hand to present the award where the foundress and president of the foundation, Susan Moreno, vice president Christina Moreno and Father Joe's father, Joseph Moreno Sr.