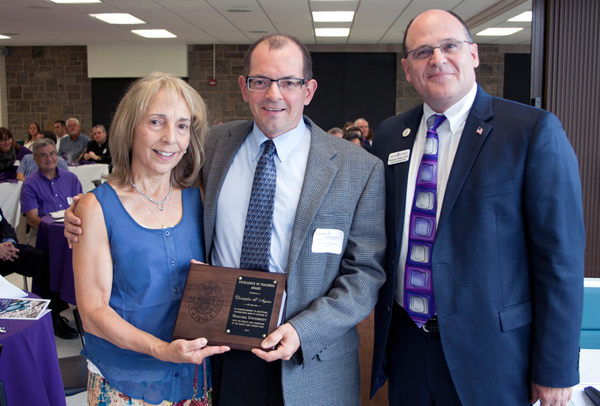 Candidates for the honor are nominated by their peers and then chosen from a committee comprised of the award's past three recipients. As this year's awardee, Aquino will address first-year students at the new student convocation in September 2016.

Born and raised in Niagara Falls, Aquino graduated from Niagara University in 1985 with a B.B.A. in accounting and a B.S. in information sciences. He served as an auditor at Deloitte and Touche in Buffalo before commencing a 10-year term as controller of Waste Technology Services, now of Lewiston. During this time, Aquino returned to NU to obtain his MBA (with a concentration in accounting) in 1994.

In 1996, Aquino accepted a position with Rotella Capital Management, now of Bellevue, Washington, and became chief financial officer of the hedge fund until his retirement from private business in 2007. His decision to attend the AACSB Bridge program at Niagara fueled his desire to begin a second career in education and allowed him to follow his dream of teaching at his alma mater.

Aquino returned to Niagara University in 2009 as an assistant professor of accounting. He presently teaches undergraduate and graduate courses in accounting.